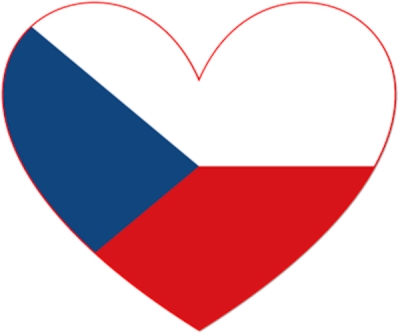 I wrote to the Czech Consulate in New York to ask for advice re: getting my passport reissued to Ruth Fertig instead of Ruth Fertigová. They suggested visiting the consulate here in Dakar. The website that they linked me to provides that office’s information, including “telefon,” “fax,” “e-mail,” and something called, “provozní hodiny úřadu,” which is followed by, “po – pá 8.30 – 17.00.”

My excellent powers of deduction led me to believe that these were the hours of operation, and that “po – pá” must be the shortened versions of two weekdays. The entirety of my Czech vocabulary consists of the words for pancakes, potatoes, dumplings, Czech, I love you, thank you, how are you, mom, dad, and hello, so I started plugging weekdays into Google Translate. “Monday” is “pondělí,” so that accounts for the first day. I typed in “Tuesday;” that day starts with a u. “Wednesday” starts with an s. Thursday… well, I stopped short at Thursday. What the hell is this??

My awe for my father grew tenfold at the thought that he is capable of pronouncing such a thing.

And my adoration for Czechs in general also grew tenfold when I typed in “Friday” and Google auto-suggested “Friday I’m in love.”

I can’t tell whether this is a result of Eastern Europeans’ abiding love for the Cure or their tendency to embrace Western European and American pop culture 10-20 years after the original issue date, as though the Iron Curtain still existed. The latter sounds patronizing, I know, but it’s been my observation each of the 3 or 4 times I’ve been in the Czech Republic and the one time I was in Romania. Either way, I love the Czechs.

P.S. Today is International Mother Language Day, which promotes the preservation and protection of all languages through multilingualism and multiculturalism. It’s therefore highly appropriate that I write about my father’s mother tongue today – though also highly inappropriate that I’m taking absolutely no initiative to learn it.