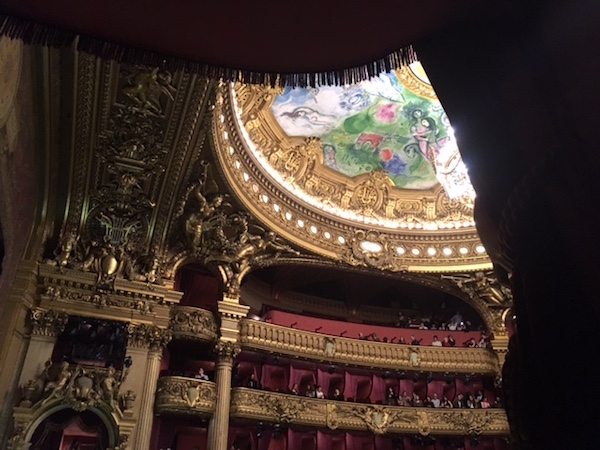 I have just over two weeks left in Paris. On New Year’s Eve, I’m heading back to New York, because apparently I like symbolic departure dates. (Nearly two years ago, I flew to Dakar on Valentine’s Day.)

I haven’t found a way to make living in France sustainable, and the past eight months have been some of the toughest of my life, for multiple reasons. I need a break, and while NYC is also a struggle for me, it’s my best option right now.

That’s why after months of getting to know Paris at my leisure, I’ve suddenly gone deep into tourist mode and am trying to cross off as many things as I can from my long list of places to see and things to do. Today was fairly epic.

I started at the Rodin Museum, then met a friend at the fascinating taxidermy shop Deyrolle, then had a hot chocolate and confit de canard at a corner bistro, then walked to the Palais Garnier for a ballet for which I had bought €30 obstructed view seats at the last minute, on a whim. It had occurred to me that it would be magical to see a ballet in Paris, and that it would be doubly magical to see it at the opera house, one of the most beautiful spaces in town. Here’s a picture I took on a visit a few months back. (You can do self-guided tours during the day.) 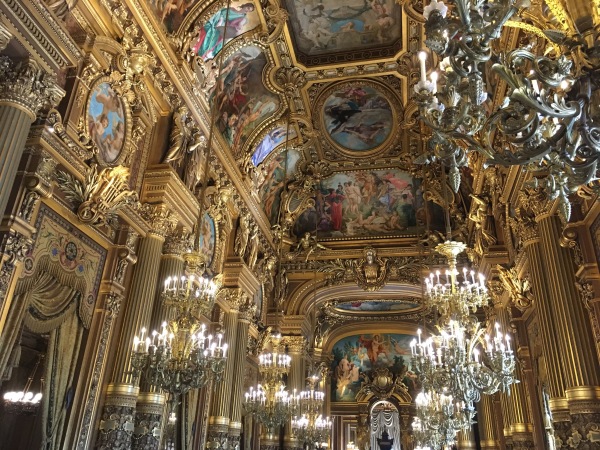 And here’s a picture I took as I approached the building this evening, feeling sort of like Cinderella on the night of the ball. 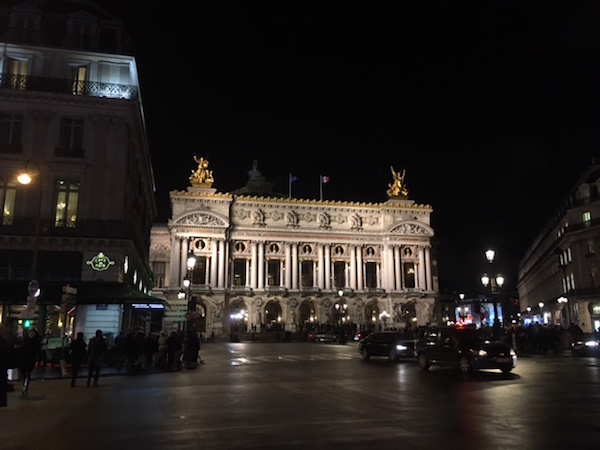 I got lucky and the modern ballet I picked at random, because it was the only one with cheap seats left, was amazing. It’s called Play and I very highly recommend it if you’re in Paris this month. (We were not allowed to take photos or video of the performance, but I grabbed the shot below during intermission, which should give you an idea of how imaginative and non-traditional of a show it was.) 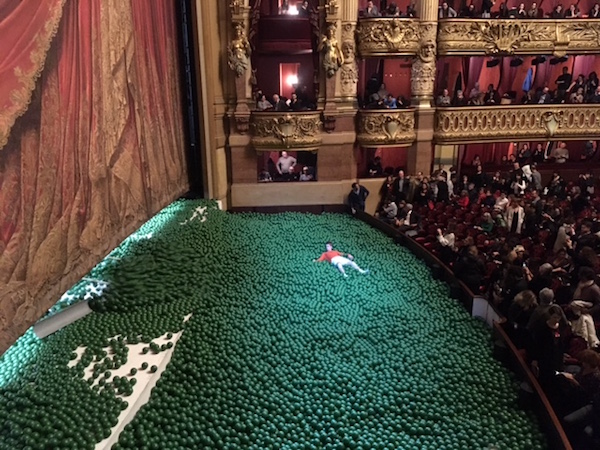 This weekend I will continue the tourist theme with a visit to a popular flea market and a drop-in to a dinner party for strangers that an American in Paris has been hosting every Sunday for decades.

Wishing you all a weekend as interesting and enjoyable as mine promises to be. Or one that is calm and quiet, or whatever else you want it to be. I leave you with some weekend reads that I enjoyed this week:

Interesting article that touches upon how dictionaries choose their words of the year.

Amazing. Macron made good on his promise to support US scientists who want to work on climate change.

This isn’t about language per se, but it’s fascinating and tangentially related: why 70% of people can “hear” a silent GIF.

How to find resources for studying less commonly taught languages.

On lost words, refound words, and words whose meanings have changed almost 180 degrees.

That time Hebrew disappeared for 300 years.

Responses to sneezes around the world.

I’m fascinated with the history of segmented sleep, and this article introduced me to a neat French term for it.

Making the case for French being easier than English. (Not sure I buy it.)

“Language is the breath of God. Language is the dew on a fresh apple… It’s the warm, wet, trusting touch of a leaking nappy.” And other vintage thoughts on language by British comedians Stephen Fry and Hugh Laurie.

Quebec Tries to Say Au Revoir to ‘Hi,’ and Hello to ‘Bonjour.’

Five New York Times travel stories from 2017 to help you escape into the world.

And with that, please escape the Internet and enjoy your weekends in the wide world!

2 thoughts on “Have a fun weekend.”