This is the first in – I hope – a series in which I ask Spanish and French-speaking strangers to write down their favorite and least favorite words in their language and then tell me – in Spanish or French – why they chose them. A ploy for me to learn new vocabulary and force myself to get some conversational practice. Full disclosure: this first time we talked in English because I am still muy patético at speaking Spanish. But – one day!

Félix is a Colombian linguist who would rather be behind the camera than in front of it. Hence you’ll have to create your own mental picture of him through his disembodied hands, his remarkably varied handwriting and his interesting word choice. 🙂

Why? “Because it has a very flowing sound and it has an accent at the end and I like agudas, where the stress is in the last syllable. And the fruit itself is delicious.” 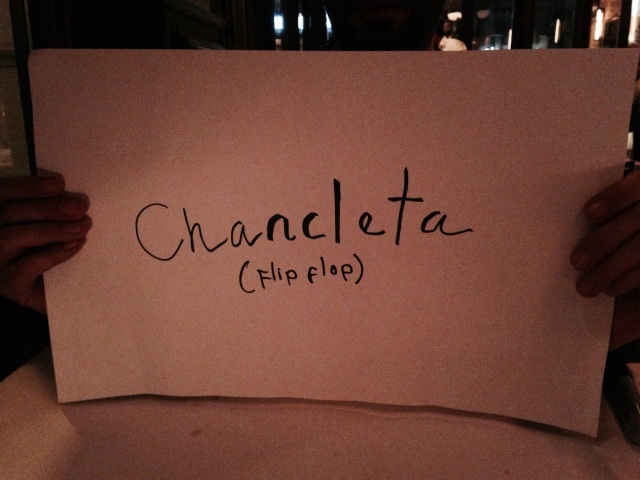 “It is onomonopoetic. I don’t like it because of the sound. The combination of strong consonants and open vowels.”