I’m coming off of a 14-hour day and will be working both Saturday and Sunday, but for those of you lucky enough to have access to your personal lives this weekend, here are some interesting reads:

Why we cry on planes

The SDGs, or Sustainable Development Goals, were officially adopted today. They are the blueprint for a world that doesn’t go down the toilet, so I really hope we hold our leaders to them.

And now I am off to do my only weekendy thing this weekend: watch about a half hour of the Netflix movie that has been sitting on my shelf for two months, before drifting off into a delirious sleep. Bon week-end!

Last night I stumbled upon MeetPlanGo and within five minutes I was signed up for all four of their e-newsletters, had downloaded their travel planning checklist for “career breakers,” and was registered for a New York meetup designed to help people like me go boldly in the direction of their long-term getaway dreams.

The “gap year” between high school and college is a well-known and fairly well-respected concept, but I hadn’t ever heard of a “career break” before. It has such a legit ring to it. I was worried about being an aberrant 30-something who still feels the need to check out of real life every 4-6 years, but Meet Plan Go makes it seem like there are lots and lots of responsible adults who do this.

For lack of a better way to put it, I had been calling what I want to do a language sabbatical. That phrase is misleading because my intentions go well beyond language – I want to start out in Dakar to do French immersion, and then travel from country to country wherever my heart leads me, practicing French, learning Spanish, soaking up culture while living like a local, filming for love and also hopefully money, until my money runs out. Rather than think guiltily of myself as Jeff Spicoli, I am now going to imagine myself as the high-minded, long-range-thinking, experience-seeking woman Meet Plan Go believes me to be. (Even though I could actually stand to be a lot more Spicoli-like.) 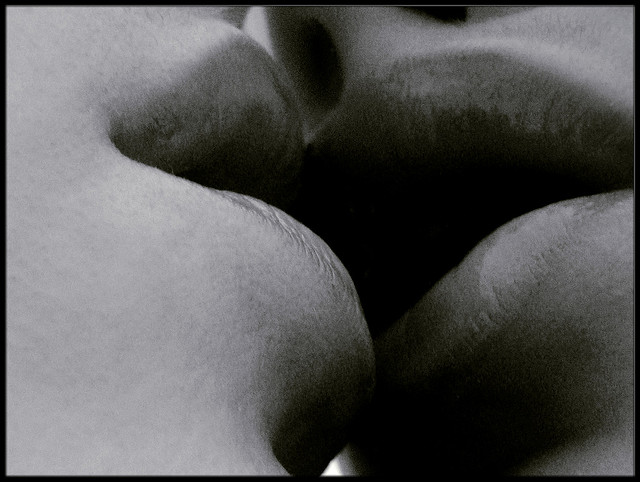 A new study apparently claims that more than half of all cultures opt out of romantic kissing. Whaaaat? Though I’m often attracted to the foreign, this I can’t accept. Thank heavens I come from a land where swapping saliva is wholeheartedly embraced.

Here are some other interesting tidbits I’ve picked up in my recent Web wanderings. My fondest wish for you this weekend is that you read them while resting your chapped lips between glorious sustained makeout sessions:

This couple is really into foreignness, too, but of the temporal rather than geographical variety.

The art of farecasting the lowest airfare.

This has been around for awhile but I only discovered it this week: try scrolling down on Google’s “I’m feeling lucky” button until you reach “I’m feeling wonderful.” (Or if you’re feeling both lazy and wonderful, just click here.)

Why it’s important to learn a language out in the real world.

On Tuesday night I went to a free session of Speak Easy during FIAF’s open house. Speak Easy is essentially speed dating, but instead of swapping potential romantic partners every ten minutes, you swap language partners and spend five minutes speaking French and five minutes speaking English with each one. Speak Easy started in Paris, I think, and came Stateside just recently. I have tried to sign up a few times but never jumped on it fast enough – tickets for native English speakers sell out in like five minutes (though that’s never the case for native French speakers. They practically have to give those tickets away, because English speakers are to French speakers in speak dating as women are to men in speed dating).

Well, I got lucky and heard about this special Speak Easy event early enough to nab a spot. And I got lucky again when two of the four people I was paired up with offered to have our conversation 100% in French because they speak English all day and don’t need to practice.

It was really fun. An MC gave us conversation prompts each time we switched languages, and sometimes we followed them and sometimes we didn’t. I met a photo editor, a French teacher, a techie and a woman who works in a bank (Virginie, above). All very nice people and all sparkling conversationalists.

The next Speak Easy in New York is on September 28th, and as per usual it’s already sold out for native English speakers (unless you’re under 30; I guess they are trying to skew younger). It’s co-hosted by French Morning and Fluent City so get on their lists and act fast if you want to try it out!

If, like me, you attended high school at the dawn of the World Wide Web (or before the digital age entirely), you will recall that there were no WiFi-enabled mobile devices to distract you while you were quizzing yourself on your Spanish verb tables. The Internet is like the Mariana Trench of procrastination possibilities.

And, if you are approximately my age you will also have noticed that your brain was a million times more agile and spongy then than it is now. These days, everything I learn seems to bounce off the impenetrable fortress of my long-term memory and land in the short-term mud.

Did you know that until recently the term “geriatric pregnancy” was used to describe the pregnancy of any woman over the age of 35? (It’s not much better now: “advanced maternal age.”) Horrifying and ridiculous. However, I believe the only appropriate term for someone who studies a language past the age of 35 is geriatric learning. Advanced linguistic age also has a nice ring to it.

And those are my wrinkled, feeble thoughts for today. (Thoughts which I blogged about while avoiding studying for my Spanish placement test.) 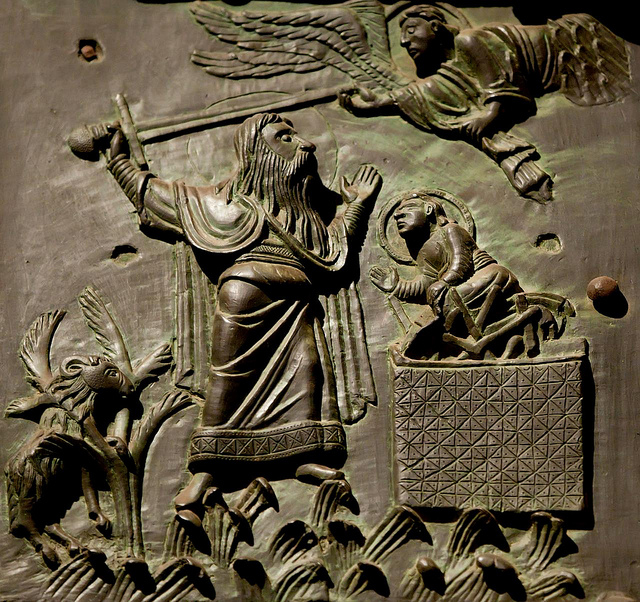 I am *supposed* to be eligible for free language classes at work, provided that my contract runs through the end of the term. It doesn’t. However, the [always copious] rules stipulate that if I submit a letter from HR indicating that I am expected to be extended for the duration of the course, I can still enroll. So that’s what I set out to do. Hahahahaha.

Two months and seventeen steps later, I am still trying to enroll in this course.

I can’t even begin to explain those seventeen steps, because they themselves are like a foreign language that is untranslatable to anyone unfamiliar with where I work. But I’ll give you a small snapshot of just one portion of the insanity:

Last week, after trying unsuccessfully to wend my way out of the latest Catch-22 on my own, over the phone, and through email correspondence, I decided to grab the bull by the horns and make an in-person visit to the “language learning center” (in quotes because I now realize such a thing does not exist).

On the website it appeared that I could find this mythic center a few blocks away from the main building where I work. I went there. My ID card did not work, even though it is supposed to be good system-wide. They had to take a new picture of me. The webcam was broken. Ten minutes later, I got into the elevator and realized there were no buttons. I was informed by another rider that you have to make your selection before getting in. Of course you do. The elevator was already in motion, so I rode up to the high floor the other people had selected, got out, pressed the correct floor number on the keypad in the elevator bank, and then waited for another elevator to take me back down. (Unimportant, but telling. I have never seen an elevator like this before in my life. And yet, there was no indication. No instruction. Just the expectation that I would eventually figure it out, painfully, slowly, like an awkward tadpole.)

I got out on the second floor and was met with an eerie silence. The entire floor was empty. Cleared out. I opened every door and there was not a thing in any of the rooms – it even looked like the carpet had been stripped. So, little matter that I couldn’t find the room number, 201, because there was only 201A and 201B. Being John Malkovitch came unhappily to mind.

I went back downstairs and was told, “Oh yes, they moved months ago.” But to where, they couldn’t say. “Go to that phone in the corner and dial X33333. They’ll know.” They didn’t. They instead gave me a number that I had called before, which, when I tried it again, again went to voicemail. I left a message. (Like the last one, it was never returned.) I texted my colleague and asked for her help. She consulted the intranet, the directory, colleagues. Nothing.

You should know that this happened after I had already logged about three hours in five separate instances following various instructions and help-sheets for enrolling in this class, to no avail. And also after losing my temper on the phone with someone from the language department who led me around in circles and could not – for all my numerous attempts at breaking it down – understand my problem, in a way that ironically echoed the lost-in-translation experience. So I was just about as close as you can get to a meltdown, without being anywhere closer to giving up on taking the class.

Eventually, I did some deep breathing, returned to my sleuthing, and found the language people, who instructed me on the correct way to take the next (incremental) steps that will eventually, one day, fingers crossed, lead to a Spanish class. That is, if the language God is convinced that I have made enough sacrifices to merit such a reward.

Thankfully I don’t yet have a first-born, because I am willing to kill time but definitely not my kids for the love of Spanish.