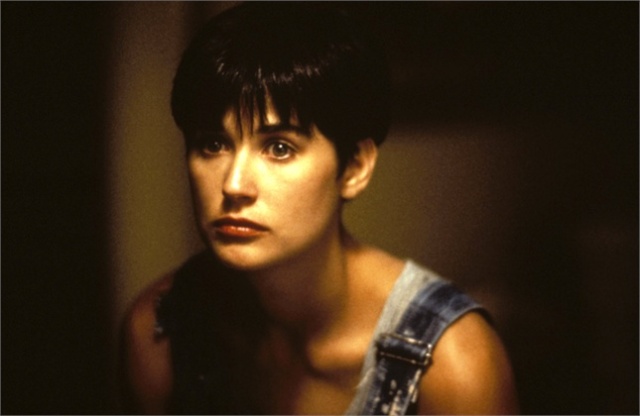 Today I stopped in to see a fancy stylist for a consultation / therapy session, which I insisted on having before confirming the actual haircut appointment. I needed to get her assurance that my face can handle what I have in mind… which is Demi Moore in Ghost but with heavier 1960s sideburns. (The heart wants what it wants.)

I haven’t had short hair since 1987, when I was forced into a unibrow-framing pixie-meets-mullet just before starting third grade. As I confessed to the stylist (she was very patient), I still remember the painful walk through the athletic field to the blacktop on the first day of school, and the trauma of having nowhere to hide when I lined up for the morning bell outside my new classroom. I can still feel the burn of the cheeky grin from the boy who had harbored a crush on me the year before. With three decades’ worth of retrospect I can see that he may have been smiling out of adoration rather than mockery, but at the time all I could think was that I looked like a hideous boy and that my quest for popularity was now doomed.

Well, I don’t particularly like long hair anymore and for years I’ve been toying with the idea of going super-short. The fear of reliving my third grade shame has always held me back, but now that I’m leaving the country in a few weeks, I see an opening. After the stylist reassured me seven different ways that I’d look just fine channeling early 90s Demi Moore, I beat back a rush of serious nausea and booked my haircut appointment for the day before I leave for Senegal. If my hair turns out terribly, I’ll just have to avoid people I know for 24 hours, and then forgiving anonymity will be mine for as long as it takes to grow it all back.

The New York Times recently came out with its annual “places to go” list and I am happy to report that I am one step ahead of the curve, having made it to their first place, tenth place and 37th place destinations in 2015. But I don’t think that I – or anyone – should give much credence to the Times, considering that my father’s birthplace made it onto the list this year. HAHAHAHAHA. If you know Brno, you know that this is as inadvertently self-satirical as the Sunday Styles section.

I wrote a whole bunch of snark just now and then deleted it all. Who am I to judge a city in which I have never lived? But then again we are talking about where to visit, not where to live… and having visited Brno three times and each time having wished that my dad came from Prague – I’d say, you can skip it.

(I feel really disloyal writing this in public, like the Brno Chamber of Commerce is going to blacklist me or something…To be fair, Brno has a fun-to-say name and a neat castle-on-a-hill and a random stuffed crocodile hanging from the ceiling of town hall. And I wholeheartedly love the country in which it resides.) 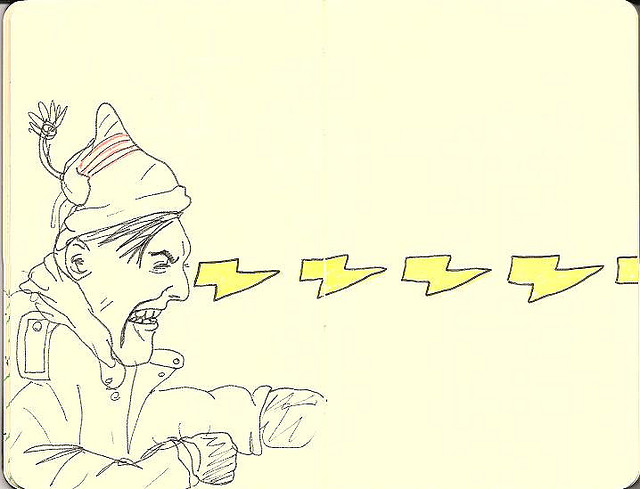 This past Saturday at about 5:30pm, I got on the subway at Union Square with the intention of stopping by my apartment to do some work before heading back downtown to Murray Hill for an 8pm dinner date.

On a normal day, each commute would have taken no more than 45 minutes, leaving me with an hour to spend at home. On this particular day, train delays and reroutings conspired to keep me underground for two hours and transport me, very much without my knowledge or consent, all the way to the Bronx – but never to my actual home. At some point during my subterranean wanderings I realized I had run out of time even to run upstairs to change into a warmer coat and come back down again, so I abandoned the plan and switched to the southbound platform.

20+ miles, four subway lines, and zero actual accomplishments later (except, perhaps, exploring new frontiers of bladder control), I got off the train at Penn Station and spent ten minutes lost in a labyrinth of temporary drywall passageways. When I finally found the stairs to get above-ground, I stomped up each step like a petulant four year-old while seething, “Get me out of this city!” (Plus curses.) Walking to my friend’s house, I lowed at a flock of slow-moving women near Macy’s, “Pleaaaaassse moooooove!” and at the next crosswalk I snapped at a daydreaming pedestrian, “Watch it!” and stretched out my arms to indicate that I would shove him out of the way if he didn’t move on his own. (He did.)

I was in rare form, but instead of quickly calming down and recoiling from my behavior in horror and embarrassment, I just thought, yep, I’m way past due to take a break from New York City.

Then I arrived at my French friend’s house, where a raclette spread and the company of delightful people was waiting, and all became right with the world again. (Until it was time to take the subway back home.) 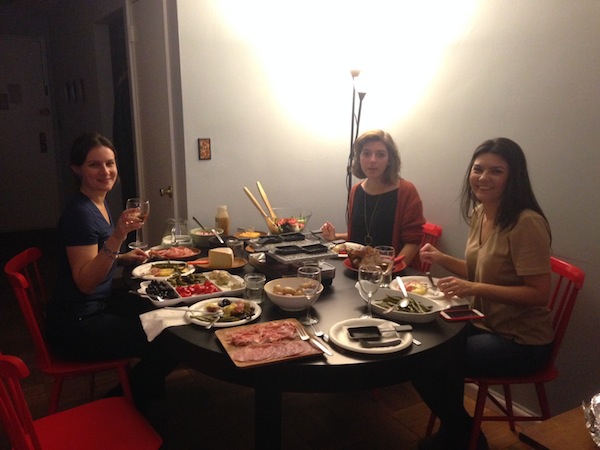 P.S. The first two things I will acquire when once more I have a stable home are an espresso machine and a raclette maker. I’ll be sleeping on an air mattress but eating well! 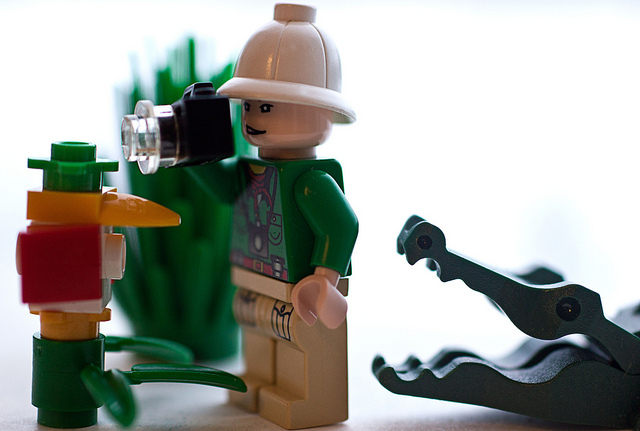 So apparently my golden ticket is not so golden. This morning I went to the Senegalese consulate to inquire about visas, since they are not required for visits of fewer than 90 days but I may want to stay beyond that.

It was quite a surprise to be told that the visa is the least of my problems. Once in Senegal I can visit the immigration office at any time to apply for a visa… but I will not be allowed in the country – or for that matter, on the plane – if I show up to the airport without a return ticket.

I spent about twenty minutes trying unsuccessfully to ascertain whether “return” meant going back to the country of origin, or onward travel to any destination outside of Senegal. The two people I spoke with consulted about the nuances of this question and I could not follow along in the least (nor could they give me a firm answer in English). At first I thought they must be speaking Wolof, but I kept hearing words that, if pronounced entirely differently, would have sounded like French to me. This led me to wonder, not for the first time, whether Senegal is actually the best place for an American to learn French. But I’ll table that question for now in favor of the bigger issue.

As it turns out, you can’t just buy a one-way ticket somewhere and promise them at passport control that you will definitely leave within the time allotted to you. I feel pretty naive for making this little faux pas, but I’m not entirely sure how best to correct it, since I have no idea when I want to leave Senegal nor where I want to go next. I don’t want to book an arbitrary placeholder return ticket and change the date and/or destination later, because that will cost money that I haven’t budgeted for this particular use. But it looks like that’s exactly what I’m going to have to do. 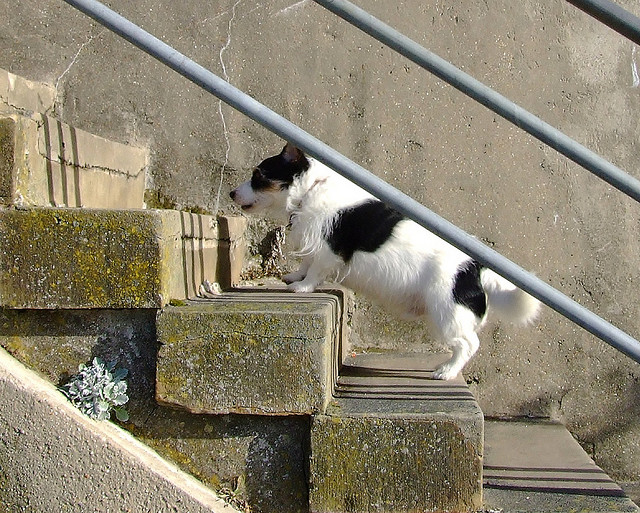 I once tried exposure treatment to overcome an increasingly debilitating cockroach phobia. The therapist had me create a fear hierarchy – a list that broke my phobia down into discrete and sequential parts, from the thing that frightened and disgusted me least (staring at a roach in an enclosed jar) to the thing that I’d literally rather die than experience (having a cockroach in my mouth, which, granted, is no one’s idea of a good time). Then, with the therapist guiding me, I moved step by step up the fear hierarchy, sticking with each item until the concomitant fear and disgust subsided enough to move on to the next item.*

Unfortunately, I never fully beat my phobia because I ran out of time and, let’s face it, the will to put a cockroach in my mouth. But I did let one crawl all over me (albeit slowly, because I had dropped it about six times first) while another one raced around the room.

That was a very long way of getting to the point of this post: without realizing it, I’ve been moving up the rungs of my travel fear hierarchy.

It began in 2010, when I went to Tunisia for work. This was the first time I had to use bottled water and avoid fresh food, which freaked me out a bit. And when I had a few days on my own to explore, I opted to glom on to my colleagues’ plans, and then to meet up with a friend who flew in to join me.

A couple of years later, I did my first truly solo trip to a new place, but an easy one – Providence, Rhode Island. It felt strange but awesome to book a hotel room all for myself and to wander around the city with no real reason to be there except to see it.

The next year I visited a friend in Portland before riding the train up the coast to Vancouver. It was the first time I left the country by myself without plans to join anyone else – whether friends, colleagues, or other people in a study program. But everybody spoke English and the only culture shock I experienced was wondering why they liked ketchup-flavored potato chips so much.

A year after that was the big leap. I booked a two-week trip to Argentina and opted for a hostless AirBnB in Buenos Aires. At that point, I spoke only the Spanish I had crammed into my head during two weeks of Duolingo practice – which is to say, not much. I knew not a person, no one seemed to speak English, and though I thought of South America as an exotic wonderland, I also thought of it as the place in which I might be axe-murdered (for no particular reason except that I was a woman alone). My first night, I scurried home right after dark and felt so lonely that I watched “Keeping Up with the Kardashians” for company. By night three, I was staying out til four a.m. with people I met at dinner, and pinching myself at how fortunate I was to be born into a time and place and circumstances that allowed me to do my own thing. For 99% of history and for a large portion of women alive today, that is not the case.

And now I’ve just returned from Mexico City and Elsewhere, the most challenging solo travel I’ve done so far. Mostly because Elsewhere is not set up for someone like me to visit, in more than a few ways. I would describe it as a working vacation, the equivalent of hiking the backcountry of Yosemite. Super fun, super satisfying, but super tough.

Which has set me up perfectly for the climb to the last rung on the fear hierarchy – francophone West Africa, alone, long-term. All the previous steps prepared me, little by little, to sit with my fears of this next trip without letting them overwhelm me. In a way, the fear is invigorating. If it were easy, I wouldn’t be as attracted to it.

*I’m pretty sure that was the first time I have ever used the word ‘concomitant’ in a sentence and I am really proud of myself.