While 95% of Senegalese are Muslim, my host family is Catholic. For Easter, they went all out making a traditional treat called ngalax.

On Friday morning I came downstairs to find this woman sifting vats of baobab fruit into a fine powder.

On Friday night I was pressed into service opening packet after packet of vanilla sugar and dumping it into a bucket. (Why they do not sell non-packeted vanilla sugar, I could not get an explanation.)

On Saturday morning the kitchen and courtyard downstairs were overflowing with women I had never seen before, all playing their special parts in the assembly line of ngalax mass-production.

Here are some of the ingredients waiting to be incorporated: millet, raisins and nutmeg (which was freshly grated along with orange rind). 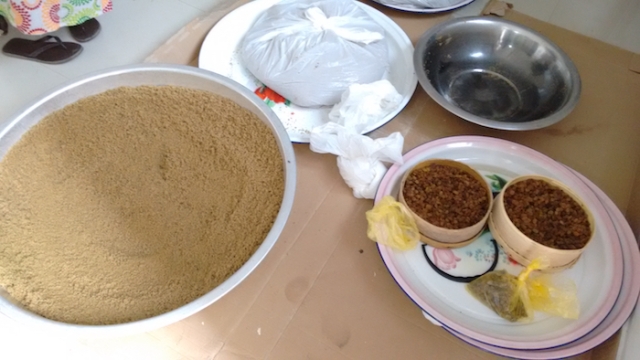 They lightly toasted the millet.

And then they added it to these vats of baobab powder mixed with the Senegalese version of peanut butter and the other fixings. (That’s my host mom below.) 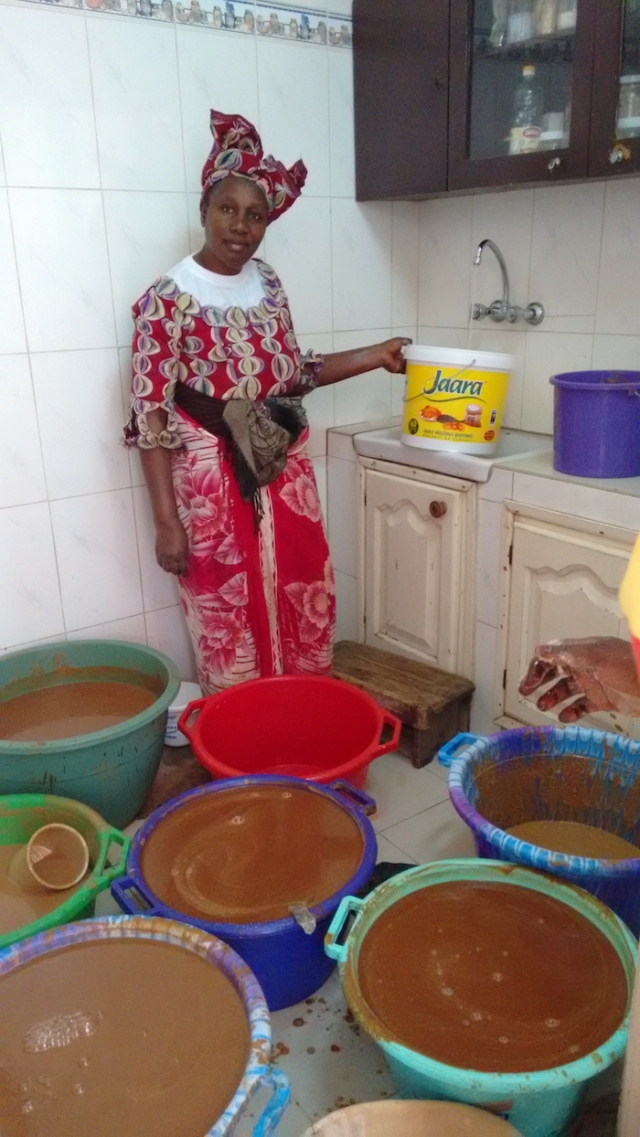 The resulting concoction looked highly unappetizing but tasted highly delicious. (Although I have no idea how my host sister’s boyfriend ate four bowlfuls in a row – after one both my stomach and mind were in a stupor.)

They made 60 buckets of this stuff (!!!) and, as is the tradition, gave it out all over town in visits to family, friends, and neighbors throughout the day and into the night. 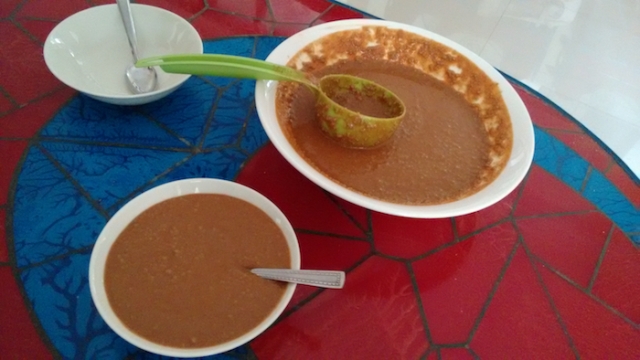 Then they all went to midnight mass, which I was originally interested in checking out until I heard that Orchestra Baobab was playing a show at Just4U. Priorities!

One thought on “Joyeuses Pâques”