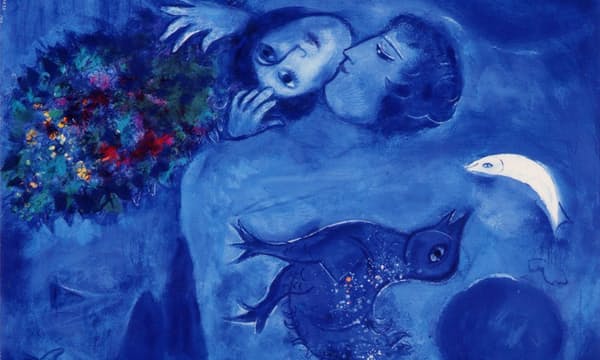 My mother’s grandmother spoke to her in Yiddish, and there were two expressions she used that my mother has in turn passed on to me:

[When the right one comes along, it will be without saying two words.]

[When the penis goes up, reason goes down.]

I’ve got overly romantic sensibilities, so I find the first saying ridiculously sweet even though I rationally know that subscribing to it is dangerous. If you’re waiting to be struck by lightning upon first viewing your b’shert, as it were, your prospects will be significantly reduced.

The latter turn of phrase makes me wish so much that I could have met my great-grandmother. It seems that she, like my mother, had a gift for saying highly inappropriate yet hilarious things to her progeny. I wonder what other awesome Yiddish wisdom (or Yiddish curses) she spouted that have since been lost to time.

Happy Valentine’s Day! My sincerest hope for you is that you spend today with the right one. And if s/he hasn’t come along yet, may you at the very least not be in the company of an unthinking dick.

[Painting by Marc Chagall, whose work is resplendent with both romance and Yiddishkeit.]