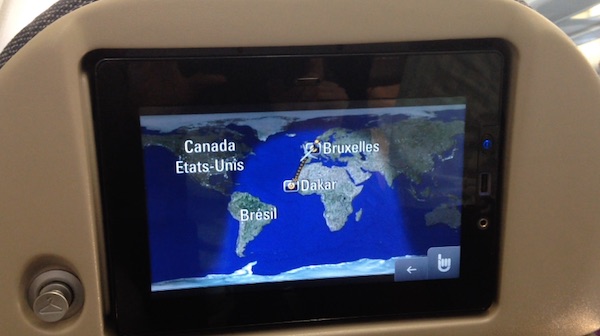 As I prepare to return to the United States for my first visit in more than a year, I am worried not about reverse culture shock, but about the possibility of its absence. I’ve been wondering how much of that nervousness is due to pride and how much is due to something else worth paying attention to.

Here’s the part that ego plays: I find myself fearing that if I fall seamlessly back into American life, it means that I wasn’t gone long enough or immersed deeply enough for it to have been, you know, real. When I moved to Los Angeles after college I held a similar (and similarly misguided) belief: that the longer I stayed away from home, the more adult and independent I must be. I flew out there in November of 2001 and didn’t return to the East Coast to see my family or friends until I had a wedding to go to, two summers later. I wasn’t as aware then as I am now that I was trying to prove something to myself, but how much is self-awareness worth if it doesn’t stop you from pulling the same stupid stunts? (To be fair, this time I stayed away for so long for the purpose of taxes rather than self-validation. 🙂 But I must admit that my sense of accomplishment deepens with every additional month I spend abroad.)

But on the other hand…

I’d like to think that I’ve grown and changed for the better this past year because I’ve internalized the lessons and lifestyle that I’ve learned here, not because circumstances forced me to behave differently. If the latter, I’ll go right back to my old self the moment I get back to my old home, even though that old self was not nearly as happy as my current self. I’m thinking specifically about my patterns of consumption. The everything-anywhere-all the time ways of American society numb my soul and literally sicken me (and I mean literally quite literally, e.g. gluten intolerance, acid reflux, anxiety), and yet I find it all so alluring and impossible to resist. Case in point: I have actually fantasized in great detail about being reunited with the closet full of clothes I left behind. I am afraid I will react to seeing them much like Annette Bening at the end of “American Beauty.”

Thus, Ruth vs capitalism is an unresolvable conflict, and it seems the only solution is to remove myself from the situation. Senegal worked well for me; it’s like capitalism lite here. It was such a pleasure to not be marketed to every second of every day, and I ended up living in a way that was much more aligned with my values, and ultimately much more meaningful and satisfying.

So, going back to full-fat capitalism is legitimately scary for me. I am psyching myself up to resist the temptation to spend and acquire and gorge (and guilt myself and regret and feel empty). But that stuff has a powerful pull, and I would welcome reverse culture shock insofar as it would help to push me in the opposite direction.

Another quasi-legitimate fear is that I will leave Senegal only to find that it has left no mark – that I had a chameleon-like ability to adjust to it without really becoming a part of it or it becoming a part of me. And that would make me sad. (Much as I felt sad when, after finally starting to organically call people “y’all” in my fourth and last year in Austin, the word disappeared from my speech the moment I returned to the East Coast. And though I missed its presence – and the feeling that I had become a tiny bit Texan – I could not bring myself to force its usage.) It’s silly in some ways, but still psychically important. So I really do hope that upon arriving home, some formerly normal everyday practice or cultural facet will seem totally bizarre to me, and I will prefer to continue doing it Senegalese style. (What that thing will be, I have no clue. Certainly not washing clothes by hand.)

[P.S. The photo above is the flight map from when I flew to Dakar from my stopover in Brussels. For my return trip, I spent the extra 10,000 airline miles to fly directly to New York, because I know the anticipation will kill me if I have to do the trip in two parts.]