A roundup of some of the fabulous signs and storefronts I’ve wandered past in my strolls around Paris. 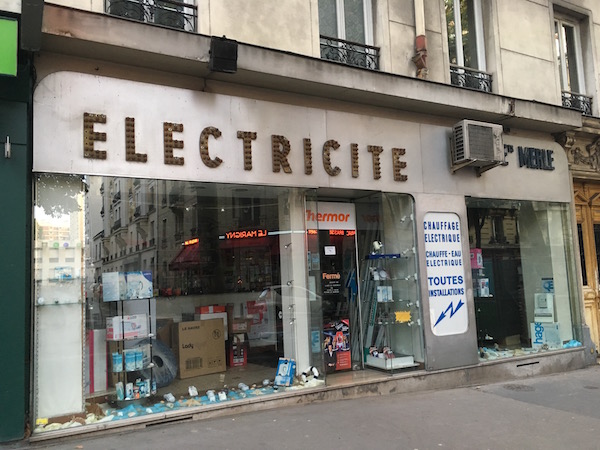 I would be willing to foot this store’s electricity bill and even throw in some replacement light bulbs if it meant I could see this sign in all its lit-up splendor. 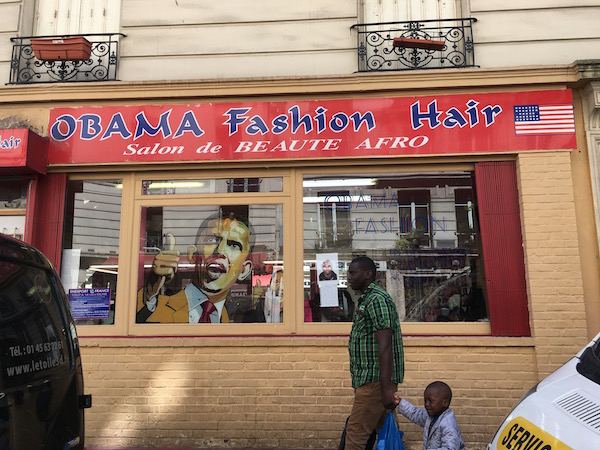 My second sighting of a hair salon named after Obama. (First was in Benin.) 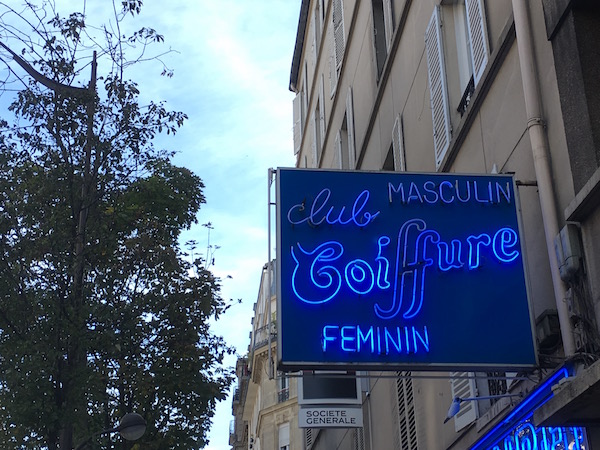 This sign is cool and also reminds me of the Godard movie, making it seem even cooler. 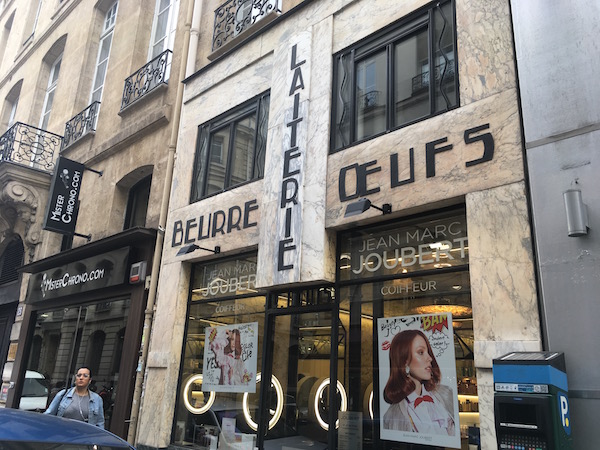 I just realized I’ve got three hair salons in a row. This one is housed in an old Art Deco dairy shop. The inside is super fabulous as well. 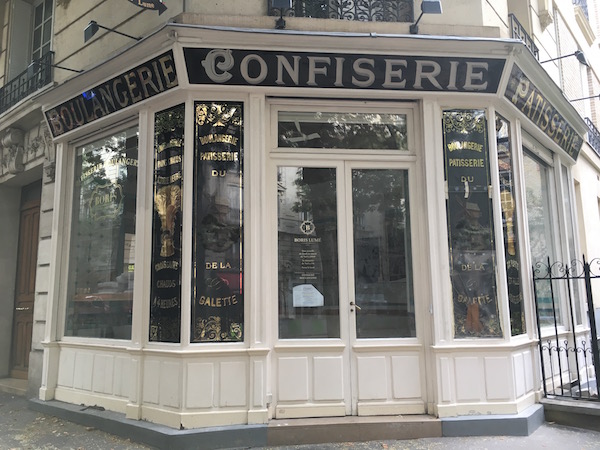 It’s a shame that I passed this bakery at a time of day when the brilliance of the gold-leaf artwork and lettering couldn’t be fully captured. It’s also a shame that it was closed for the summer holidays, as a peak through the windows revealed an interior seemingly unchanged since the Belle Epoque – pastel scenes painted on the molded ceilings, intricate tile on the floors, and lots of other beautiful details. 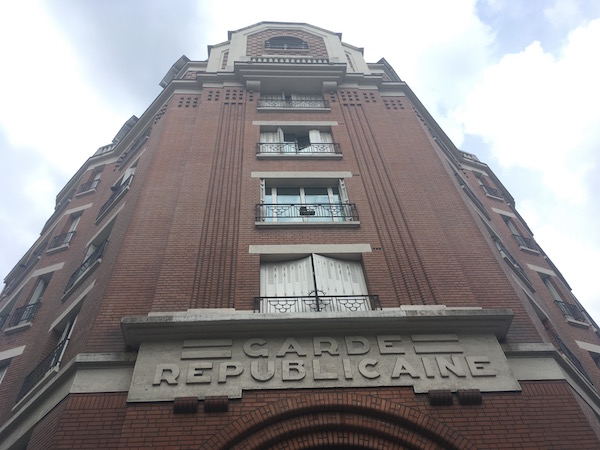 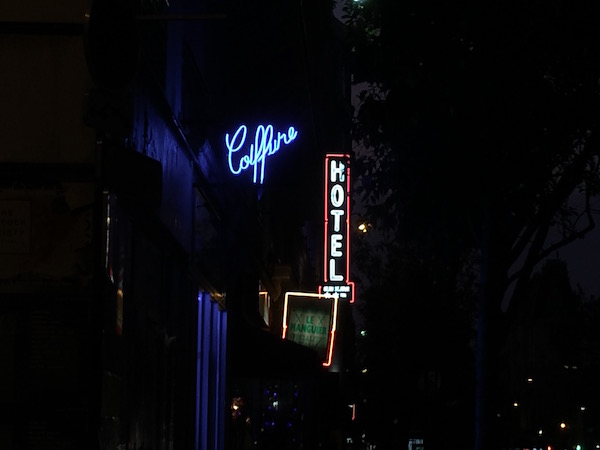 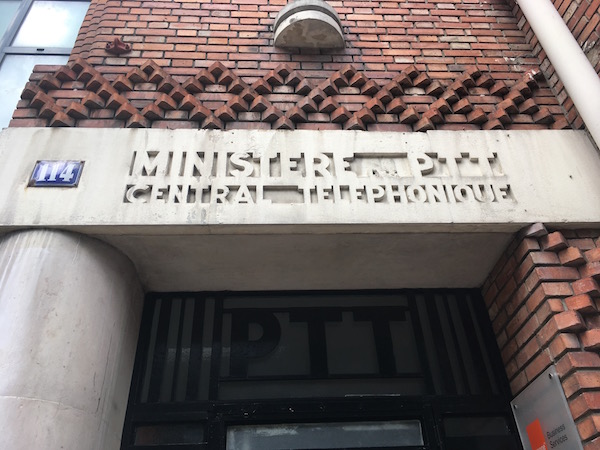 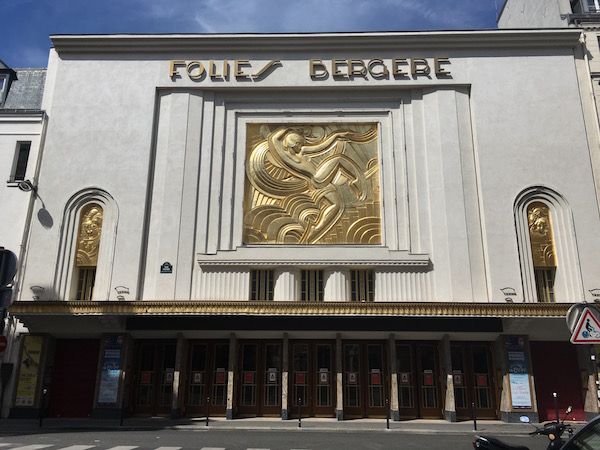 And the one that takes the cake. I know it’s sort of cheating, since this building’s star power comes from way more than the lettering. And it’s not even a storefront, it’s a very famous theatre. I tried to get inside but couldn’t get past the not-very-ornate lobby since it was too early in the day. I’ll just have to come back some time. Maybe I’ll even see a show!