Such is the ubiquity of epic cathedrals, chapels, and churches in Paris and its environs that after eight months here, it has become hard for me to keep track of all the ones I’ve seen. They have started fading together into one massive mental image of stained glass, limestone, and flying buttresses. I am loathe to admit it, but I have started abstaining from stopping in if I happen upon one unawares and it is more than, say, 100 feet from me when I spot it.

It’s not that I take them for granted – quite the opposite, in fact. The more of them I see, the more I want each visit to be special and unique and not at all rushed or an afterthought. With that in mind, here are images of some of my favorites, including Sainte-Chapelle, the most overwhelmingly beautiful manmade space I have ever been lucky enough to set eyes upon. And guess what? Notre Dame and Sacre Coeur are both great, but they don’t even make it into my top ten… 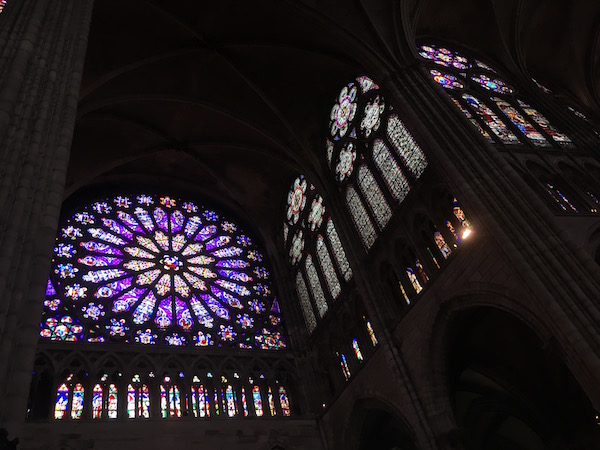 In the suburbs just north of Paris, a 12th century abbey is home to 70-something French kings and queens (some from as far back as the 600s!) whose remains are interred there. The copious quantities of vivid stained glass combined with the loftiness of the space and the historical import of being surrounded by 1000+ years’ worth of royal lineage makes for an awe-inspiring visit. Note: the statues of Louis XVI and Marie Antoinette are not part of their tombs – rather, their remains are buried in the basement.

St. Sulpice is as stylish as the swanky Saint Germain neighborhood in which it is situated. Hailing from the 1600s, it features a voluminous Baroque interior, stained glass that is elegantly neutral in color, and wall paintings by Eugene Delacroix. (Also, I never saw The Da Vinci Code but apparently some key aspect of the plot centers on this church.) 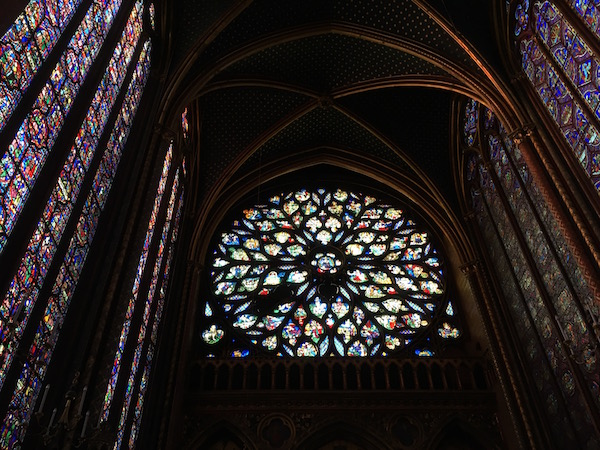 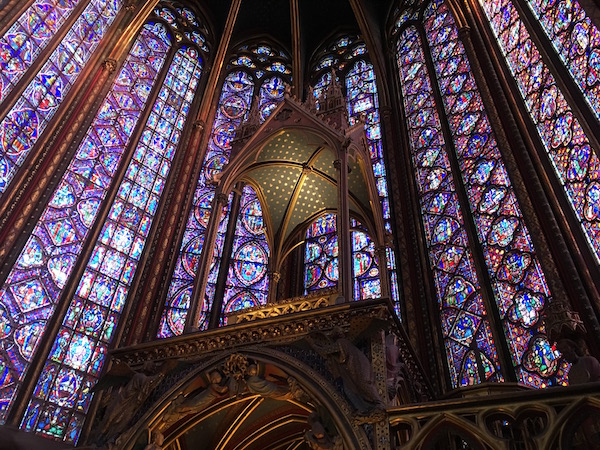 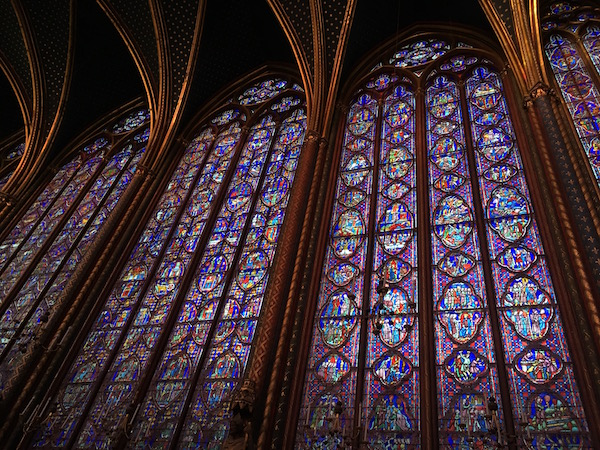 I was going to hold off on this one until last but I couldn’t help myself… I had to share with you this work of genius that gave me an actual anxiety attack because I couldn’t process so much majesty and brilliance in one enclosed space. I practically started foaming at the mouth.

A royal chapel in the gothic style, it dates from the 1200s and is just a couple of blocks from Notre Dame on the Île de la Cité. Make sure to visit on a sunny day, so that the wall to wall stained glass is shown off to full effect. On second thought, if you want to leave with your brain intact, maybe a somewhat cloudy day would be a safer bet. It took me days to recover from having my mind blown like that… 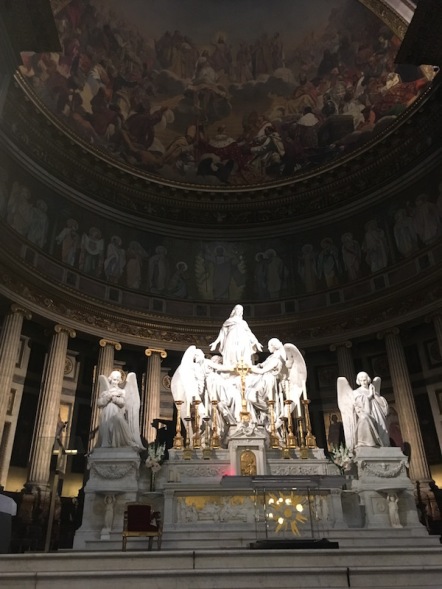 Embarrassingly, the first thing I thought when I entered La Madeleine church was, “This looks just like a Restoration Hardware catalog.” Built in the Neoclassical style during the first part of the 1800s, it was intended by Napoleon to be a temple glorifying his armies. It was later consecrated as a church instead. 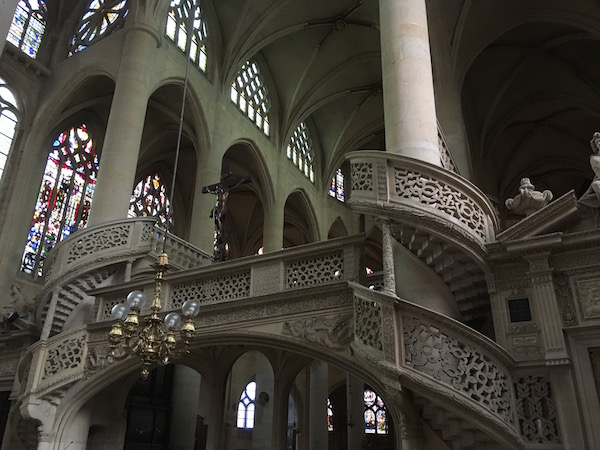 This is the church I happened upon a block away from the Pantheon the other day. Only in Paris can a cathedral this magnificent be off the beaten path. Messy Nessy Chic coincidentally wrote an interesting article about this place around the same time that I visited. I’ll leave it to her to explain what makes it unique. 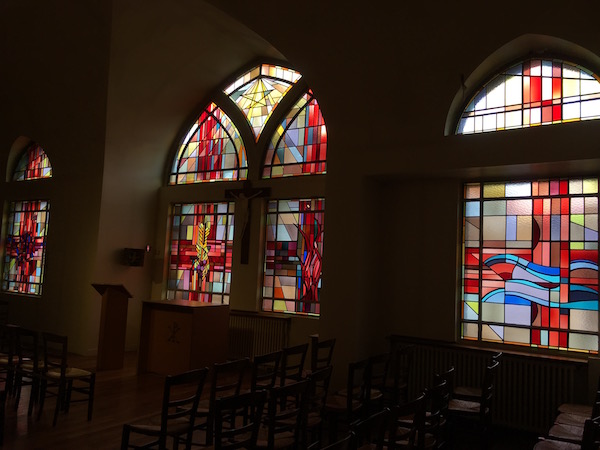 A striking Art Nouveau church, this stunner has unique design elements such as abstract candy-colored stained glass windows and tile-inlaid wood beams (which are sadly hardly visible in my photo because of the low light at the time I visited). It sits just across the street from the Abbesses metro stop, its commanding and distinct facade revealing more and more detail the closer you get. (For example, the mosaic tiles are pearlescent but you can’t tell until you’re almost right in front of them.)

I was strolling through a neighborhood filled with passageways and side streets, and when I wandered down one of them, I came upon a door to an unassuming-seeming church. I was wrong.

It opened up into a gorgeous faded gem of a place. As it turns out, it was a Jesuit church whose much grander main entrance I have passed by and wanted to go inside a million times before. Little did I know that it had a secret little side entrance that felt like a door into another world. 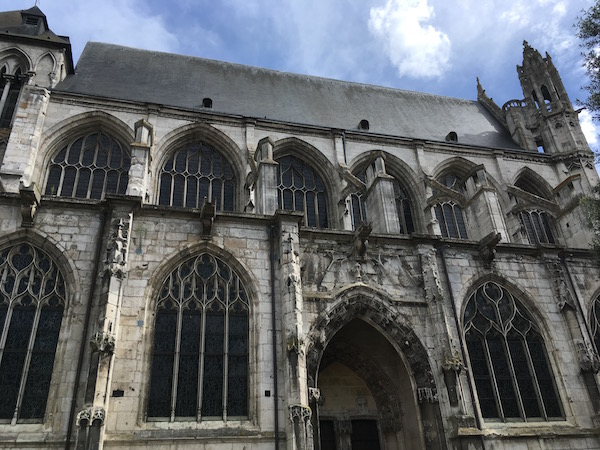 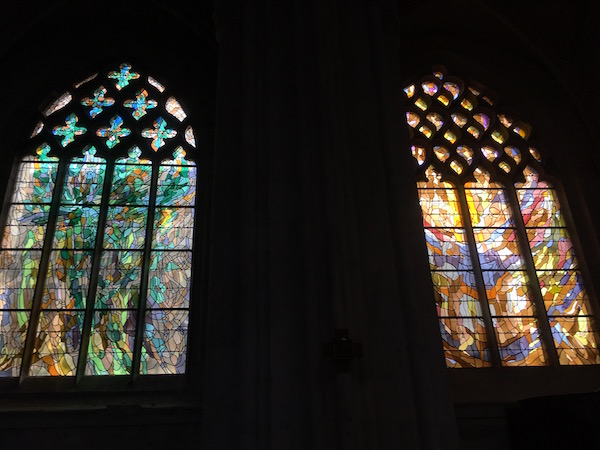 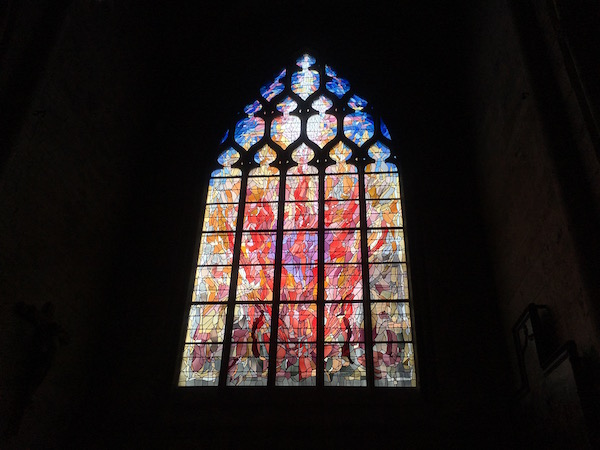 When I went to Monet’s house and gardens in Giverny (an hour from Paris) for the day, I spent a few minutes visiting the nearby town of Vernon where the train station was located. I fell madly in love with the cathedral for its stained glass, which was unlike anything I’d ever seen. This traditional Gothic cathedral boasted modern, impressionistic, and stunning stained glass panels that looked like pastel watercolors of abstract nature scenes. A tour guide told me that most of the original stained glass windows were blown out during WWII and replaced with these 20th century masterpieces.

It was one of my first experiences being transported by a cathedral in France, and clearly not my last…

2 thoughts on “cathedrals of Paris”