Continuing from where I left off in Oregon…

I drove into Boise from Bend after stopping at Smith Rock State Park. It got dark soon after and I walked from my hotel to a 61 year-old drive-in I read about in the New York Times’ “36 Hours In” Boise edition.

I felt the need to order an Idaho baked potato. It was very delicious, but that may have been a byproduct of my against-all-logic conviction that it had come fresh out of the ground. 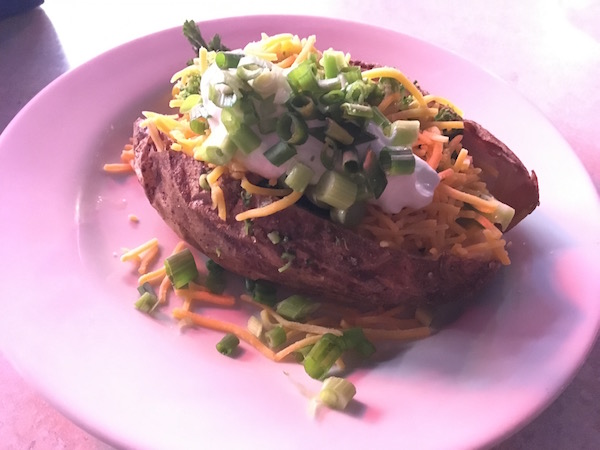 I walked back to my hotel forgetting that I meant to stop in for a drink at a nearby hotel bar that I had also read about in the 36 Hours column. Once in my hotel room I was too tired to go back out, so I went to sleep. Exciting times in Boise! 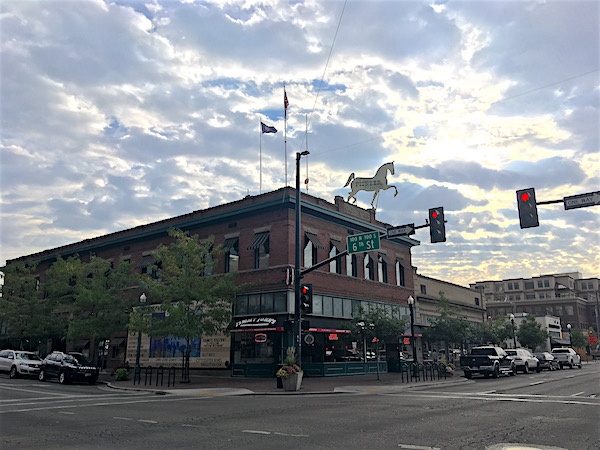 The next morning I went for breakfast at yet another place in the 36 Hours column. (I was not only tired but also lazy, apparently.) But it was a really good vegan-friendly restaurant in the downtown area, and then I had a nice walk around, so it turned out that being a lazy traveler was not very problematic.

The tiny downtown, especially the Capitol building, reminded me of my beloved Austin, and I got a little sad.

Everything on the Basque Block – yet another 36 Hours recommendation – was closed. More sadness, until I realized that I would rather spend my time in the scenery outside of Boise than in it. With that, I got back out on the road.

First stop was Horseshoe Bend, at the end of a beautiful twenty-minute drive. The grass had turned golden in September and the colors were so pretty. I thought there was a trailhead by the river somewhere around there but I failed to find it and instead took my car on a hike down a tiny road that snaked around the side of a not-quite-mountain.

The highlight of all of my drives in both Oregon and Idaho, though, was the hour-and a half long thirty-mile trip from Horseshoe Bend to Idaho City. It took an hour and a half because the road was made of bone-dry dirt, had two directions of traffic on it even though it was mostly one lane wide, and consisted of an endless succession of blind S-curves. Also there was often a sharp drop into a brook at the edge of my side of the road. Going slowly was the only option, and it was a welcome one since the scenery was breathtaking, and I mostly had it to myself. It changed slowly from tan and reddish stone hills to piney scrubland and mountains.

Then I arrived in Idaho City, a gold rush town whose old downtown is only half ghost town. There are some functioning municipal and county administrative offices occupying a few of the buildings, but most of the historic buildings are stores or museums aimed at tourists. 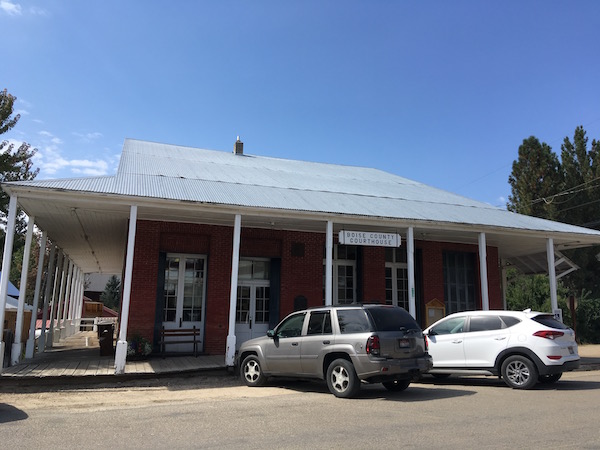 I was amused to see that the county courthouse – which I assume was converted from a saloon – still keeps the bar in the middle of the courtroom. 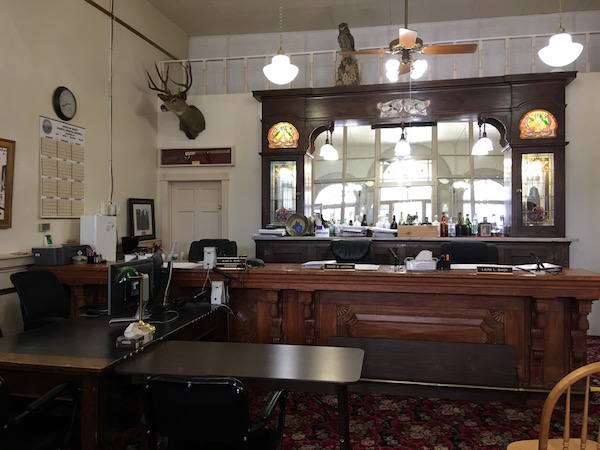 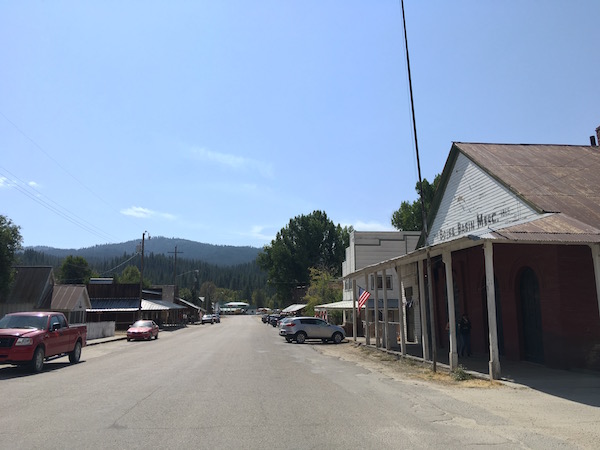 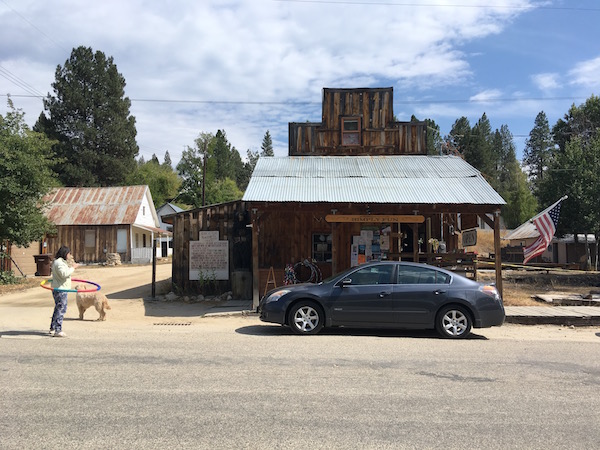 The residents of the modern surrounding town, which does not seem to be doing very well economically, appear to resent visitors like me, which I can sympathize with but which was a downer. I had not one but three separate encounters with hostile locals in the space of two hours. I mean I could have just been incredibly unlikeable on the day in question but I give myself more credit than that.

Anyway, before I was basically run out of town by bad vibes, I visited the pioneer cemetery, which was at the end of a long and isolated dirt road.

The cemetery is literally in the middle of the woods and I was the only visitor. I withstood ten minutes of the creepiness before I run-walked out of there.

Despite both the dead and the living of Idaho City freaking me out, it was a highlight of my trip to Idaho. I guess it captured my imagination. Also I had excellent French fries there, reaffirming my conviction that Idaho potatoes just taste better in Idaho.

Fueled by those French fries and a desire to return to my cute niece in Portland, I hightailed it out of town and back into Oregon, which I wrote about already.

This concludes the recap of my Oregon and Idaho adventures. There will surely be more to come, as long as my sister and her family remain in Portland.