On Saturday when I took a walk downtown, I got a closer look at the renovated railroad station, which I had peeped from the car a few weekends ago. Here are some better pictures than the ones I posted then.

The station was inaugurated in 1914 and went out of service about 100 years later after both the Dakar-Bamako and Dakar-St.Louis passenger trains stopped running. (I believe the suburban commuter line moved to a station a little further north but I’m not entirely sure.) 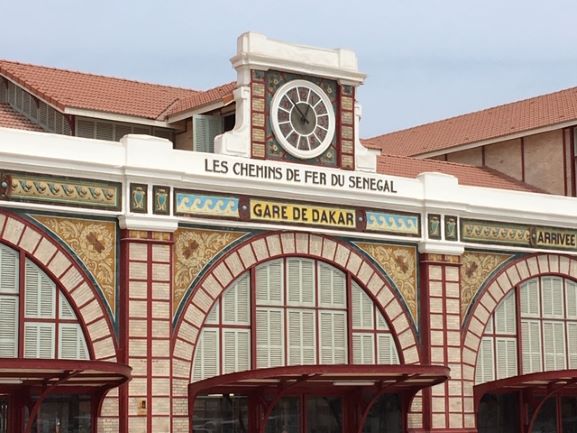 For a few years, there were plans to demolish the station and build a park there instead, but thankfully that would-be travesty never came to pass. Instead, the government decided to renovate the station and make it the southern terminus of the new express commuter line that runs through the suburbs and ends at the just-finished airport an hour outside of town. 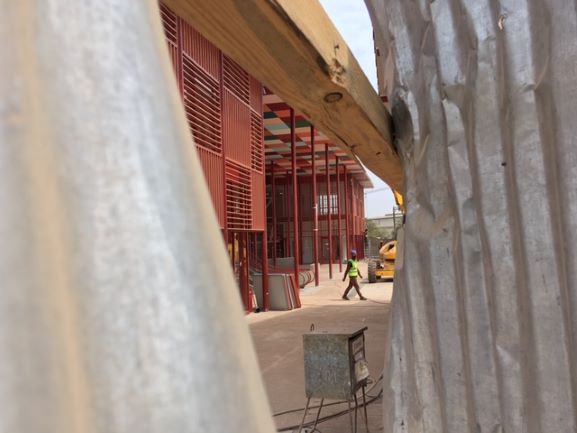 I’ve also heard about plans to rehabilitate and relaunch the Dakar-Bamako line, which would delight me should it ever actually happen. I have seen footage of the 40+ hour journey and it looks like the stuff of dreams (punctuated by extreme boredom, fatigue, and discomfort). For now, I’m overjoyed to see my favorite building in town being resuscitated and returned to its former splendor.

P.S. Chemins de fer (literal translation: path of iron) is such a beautiful way to say railroad, don’t you think?