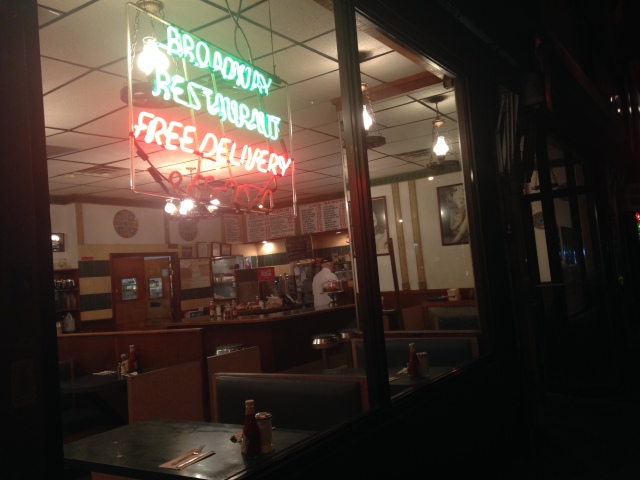 I finally made it to Grant’s Tomb last week, crossing one more item off my NYC bucket list. It had been on my to-do list since college, when I lived less than ten blocks away but somehow failed for four years to muster the enthusiasm to visit.

I’m more motivated this summer than I have been during other times in my NYC residency, when the feeling of being here indefinitely made it easy to put them off for another day. Now that I have a sense that I’ll be leaving the city soon for an indeterminate length of time – which, in all honesty, could be as short as a month, who knows – I’m making more of an effort to see the city as a tourist would. Which is fun, even if I end up being a New Yorker for life.

Here are the other long-neglected items on my NYC (and environs) bucket list:

I’ve gotten it down to a reasonable size, I think. Here’s what I’ve crossed off the list in the past year or so:

[Photo of Broadway Restaurant, one of the many amazing old-school diners where I’ve eaten over the past few months]