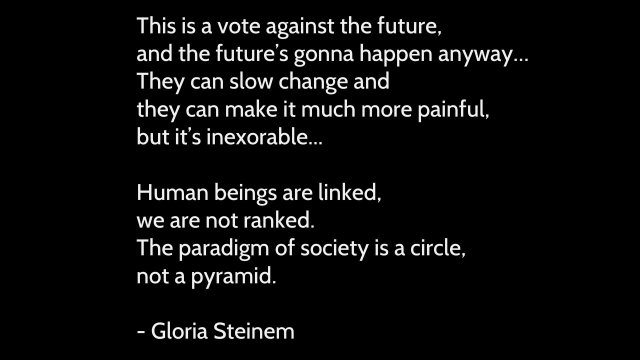 Today I mourn. Tomorrow, I redouble the fight.

What are you up to this weekend? I plan to lay low in an effort to relax away my growing anxiety about the American election. Maybe I’ll spend a day sitting by the pool at Hotel Savana, above, sipping a (recently mentioned) jus de bouye. Or maybe I’ll just hide under the covers for five days / forever, depending on the outcome.

Here are some interesting reads I’ve gathered for you over the past couple weeks, to keep you distracted if you’re as stressed as I am:

I follow a blog called “About Words,” which every week describes new English words in circulation. Last week’s were fascinating. Can you guess what a bobu or a midult is?

And do you know which country is the world’s most generous to strangers?

This awesome map charts out a cross-country US road trip that visits every national park.

Speaking of maps, here is a new world map that looks bizarre but is way more accurate than the one you’re used to. (Now I understand why getting from Senegal to Ethiopia took me ten hours.)

I love this woman and I am envious of the adventure she’s on. (Though I realize I’m on a pretty awesome one of my own.)

Every Italian who turns 18 next year is eligible for 500 Euros from the government on their birthday, to spend on cultural items and experiences. Fitting for one of the most culturally spectacular places on Earth. 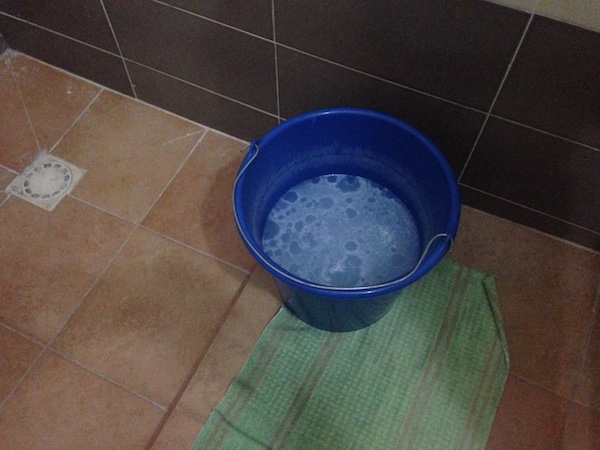 Yesterday I bucket bathed for the first time in Senegal. I came home from a 3-mile run in 80 degree weather, to find there was no water in the house. As has happened very occasionally since I’ve lived here, a power cut in another part of town affected the delivery of water to our neighborhood.

In my drenched-in-sweat state, there was no question of skipping a shower and waiting, perhaps until morning, for the water to come back on. So, Mamie procured a bucket of water for me from somewhere, and I proceeded to (attempt to) bathe.

There’s nothing like epically failing at the elementary task of washing yourself with a bucket of water, to bring home your privilege to you. The only other times I’ve done it were on camping trips and during shoots in very rural areas of Liberia and the Philippines. In those in-the-field settings, a crappily executed rinse seemed par for the course. But standing in my own well-appointed, middle class, temporarily non-functioning shower in Dakar, and realizing that I was coating myself in a film of soap rather than actually cleaning myself with it, felt different. I was struck by the accident of birth that had granted me a life of never having to work very hard to clean myself, while others had never in their lives stood for 20 minutes underneath a shower head enjoying the running water.

I suppose the rhetoric of this election was also ringing in my (sudsy) ears as I noted my profound bucket-bathing ineptitude. Had I watched the second presidential debate in New York, I would have been offended by the assertion therein that “we’ve become a third-world country.” But having watched via painfully slow Internet in Dakar, with memories of people I filmed in Senegal, Benin and Liberia fresh in my mind – people who live in families of six to twelve people, in two-room homes without electricity or running water, on less than $1 a day – I was physically sickened by the level of insulation and indifference you’d have to ensconce yourself in to permit those words out of your mouth – or to condone them.

Every time there’s a power cut here, which happens as rarely as once a month or as frequently as multiple times a week and can last anywhere from a few minutes to eight or nine hours, someone in my household will shrug their shoulders at me and say, “C’est Senegal.” While we live in relative ease most of the time, all the money in the world can’t buy reliability that doesn’t exist without the necessary infrastructure.

In my work and travels this year, it’s not just undependable or absent utilities that I’ve seen up close and personal – it’s also unreliable democracy and ineffectual government. The confluence of my time abroad with this election has, at least, done wonders for my sense of gratitude and responsibility. It has made me more viscerally cognizant of how lucky I am as an American to have access to both modern infrastructure and a solid democracy. And it has reinforced my belief that I am only as entitled to these gifts as every other human being is.

I don’t mean to moralize or preach here, except perhaps to myself. I’m more trying to reflect on how a disgusting election and an unpleasant bucket bath have contributed to my personal growth. (And also probably my bacterial growth.)

And with that, I’m going to go take a very thankful shower, now that the water is back.