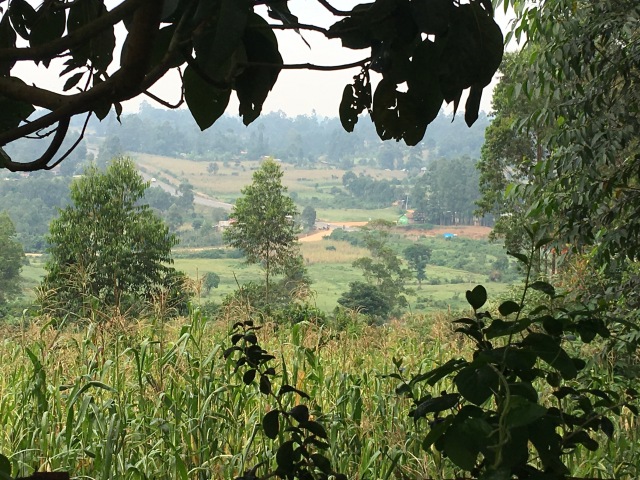 Apparently Kenya chopped up their big provinces into small counties more than five years ago, but everyone referred to where we went as Western. It was easier than specifying the three different counties we visited in the southwest corner of the country.

I promised pictures from (former) Western at the end of my Nairobi post, but I just realized I barely took any with my phone. I did take a ton of images and footage with my camera, but it was all work-related and I like to keep that separate from what I post here. In any case, I mostly just want to show you this tiny plane I flew in. 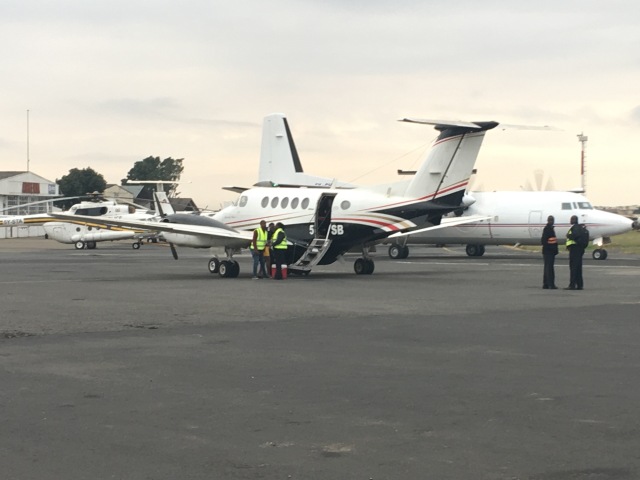 It had ten seats including the two seats for the pilots. I felt airsick before take-off, I was so nervous. But it was actually one of the smoothest flights I’ve taken, even though the wind was going crazy before takeoff (look at the tree in the photo above!). 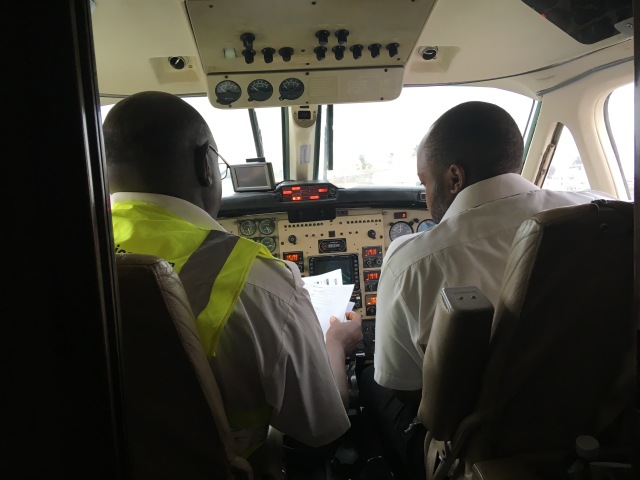 We landed on a tiny airstrip in Kitale, which was also a first for me. And I must say, I’m hopeful it’s also a last. Even though it’s illogical, I just feel like the bigger the plane, the safer I’ll be. 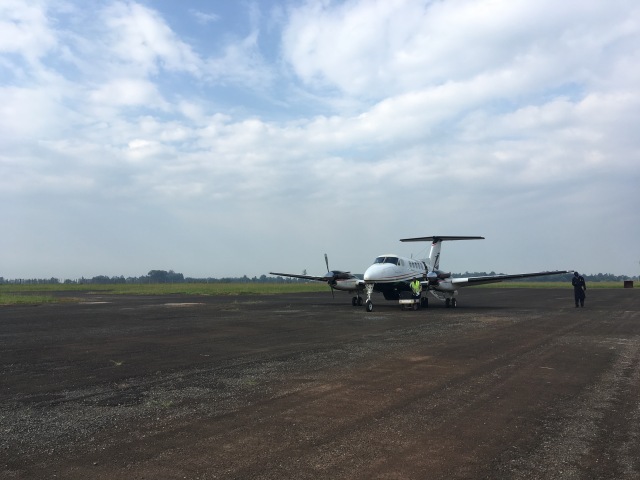 Western is super, super lush and green, as you can see from the top post. It felt like a place that does not lack for rain and abundance. My colleague told me that it is indeed known as Kenya’s vegetable basket.

Because I don’t have much to show you, please humor me and allow me to present to you yet another first for me – popcorn on the cob. 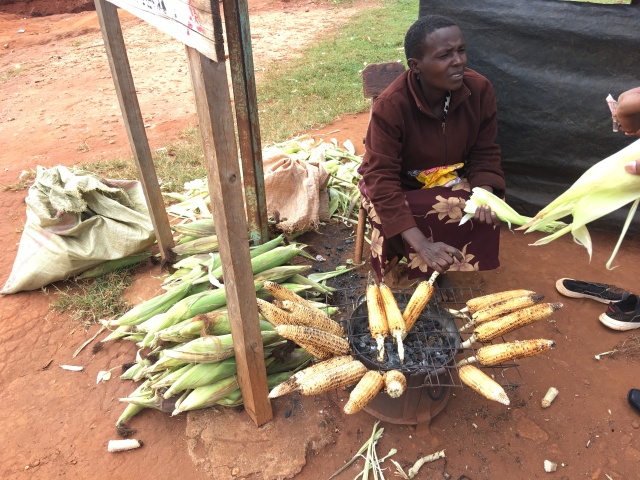 We stopped on the roadside for grilled corn, and the vendor asked me what kind I wanted. I can’t remember what options she gave me but I know nothing about corn so I was confused by them. I ended up pointing to a piece that looked tasty, and I was shocked to find that it was by turns chewy and crunchy. 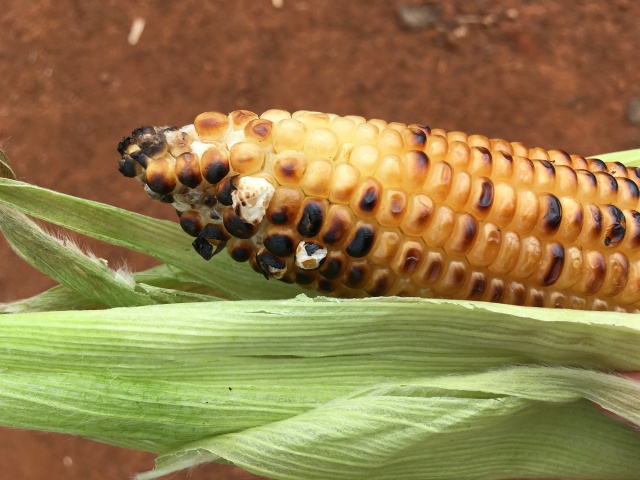 Did you know that young corn — the kind whose kernels are a little bit milky — is better for roasting? The older the corn, the harder and dryer it is, which means you may just end up with popcorn. Who knew? Not I.

Finally, I leave you with my one good picture from Western, of Lake Victoria. We stopped by long enough to take a picture, basically, because we were running late to the airport. 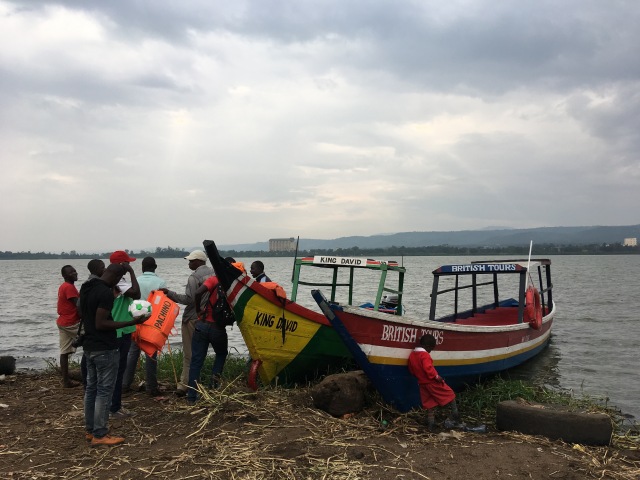 Incidentally, Obama’s grandmother lives about 35 miles away. I wanted to go visit her but a. we would have missed our plane (thankfully not a tiny one on the return trip) and b. apparently after Obama was elected the Kenya government gave her a 24-hour security detail. So you can’t just drop in.

My next Kenyan dispatch will be overflowing with gorgeous beach photos and happily lacking in rambling thoughts about corn, I promise.

Join 1,268 other followers
Follow talk foreign to me on WordPress.com