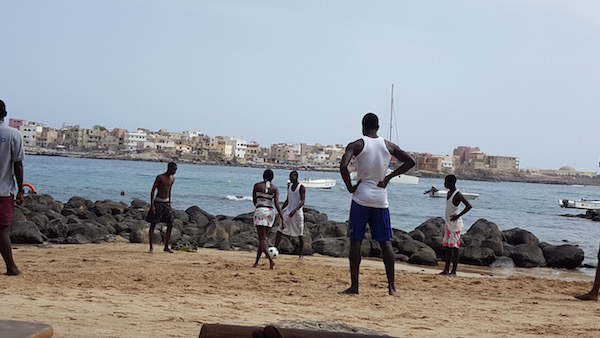 Just got back from enjoying live Congolese music at a place in my neighborhood that has only just been introduced to me, two weeks before my departure. Ah well, such is life.

It’s now one in the morning. I should go to bed…. But I’ve been accumulating interesting links for a month or so, and if I don’t share them now they will become hopelessly stale. So here they are:

Non-English words for emotions the English language doesn’t have exact words for.

Sounds that babies hear in the womb affect their language learning.

In China, there was a 19th century script that only women could write.

In Liberia last year, I came to appreciate how much of my way of life is made possible by electricity, and what it’s like to go without. Here’s an interesting article on the country’s struggle to get back on the grid.

The Mystery and Occasional Poetry of, Uh, Filled Pauses.

Donald Trump’s is using the language of victimhood to position himself as America’s savior.

5 tips for conquering the “intermediate plateau” of language learning.

Calling Yourself ‘Humbled’ Doesn’t Sound as Humble as It Used To.

With thanks to Randy for passing along this animated interview with Chimamanda Adichie: What Americans get wrong about Africa.

The US is no longer a full democracy, according to the Economist Intelligence Unit.

Perhaps this has something to do with why.

I Traveled to a Magical Island — Alone.

Have a good night and enjoy your weekends!

P.S. The photo above is from the Ile de Ngor this past summer. It’s fairly chilly, relatively speaking, in Dakar in February… and NYC might have actually been warmer today!