It has been a month since my last post. I don’t know why I haven’t written. It’s not like I’ve been too busy. In fact, I have had more time on my hands than I know what to do with. I’ve spent much of it dedicating myself to something that Jean-Paul Belmondo, in my favorite line from Breathless, calls “improving Franco-American relations.” But for some reason my brain and body are unwilling to devote any mental or physical resources to more puritanically productive pursuits like writing or finding a job or studying my French verb conjugations.

Instead, I have spent far too many hours lazing about with a growing sense of distress at my inability to snap out of it. Last week I finally gave myself a strongly worded pep talk and since then I have been getting back, slowly, to responsible-person things. Today I’m forcing myself to write something here even though the words are coming slow as molasses and I circle back every five seconds to approach from a new angle.

I have been wanting to report on my progress attempting to fall in love with Paris. I’ve been pleasantly surprised to unlock some hidden depths of feeling for this city, though I can’t say I’ve fallen heads over heels yet. But I have felt the first stirrings of passion, and I’m pretty sure it has everything to do with my repeated return to the following activities:

Both times felt slightly pornographic. Like, does this not remind you of a Georgia O’Keeffe?

I have also stopped into more cheese shops in the past month and a half than I’ve probably been in over the rest of my lifetime. They are possibly my favorite thing about Paris. So far I have bought emmental, mimolette, the finest aged gouda, a round of goat cheese that was stunning in both look and taste,…

…and a stinky munster (not to be confused with American muenster cheese, not by a long shot!) that was too strong for me to bear even when melted and cut with sauteed pears and walnuts in a galette.

– spending every blue day in a park

Soon after I arrived in Paris, there was a two-week stretch of gray and cold that sunk me into a shallow but significant depression. The minute the sun came out again, I went running through the gorgeously landscaped Parc Monceau, and it was during that run that I felt the first tug at my heartstrings for Paris. 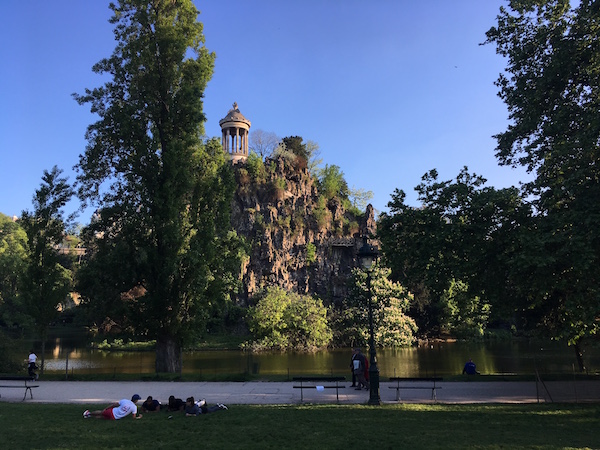 During the second such run, in the Buttes-Chaumont, I approached something close to euphoria, which says a lot when you consider that I barely ever experience even the slightest runner’s high. I had been so down in the dumps and sure that Paris’s weather would stay bone-chillingly miserable forever, that when it finally turned, I actually told the city out loud, “Tout est pardonné.”

– stepping into every church or cathedral I pass

They are gorgeous and they quiet the mind. I still haven’t been to the Sainte-Chapelle, which looks like it might be the most beautiful…

The visual art offerings were slim in Dakar compared to Paris, and I have been making up for lost time. I toured the breathtaking Opera,…

…saw the Walker Evans show at the Pompidou, visited the Louis Vuitton Foundation while its facade was temporarily multicolored (itself an art installation), checked out the African art show there as well as its sister show at the Grand Halle, saw the singer Dalida’s wardrobe at the museum dedicated to fashion, and visited the Montmartre Museum’s exhibit that explores how the neighborhood has been portrayed on film. And there are Pissarro and Rodin shows that I want to get to in June. 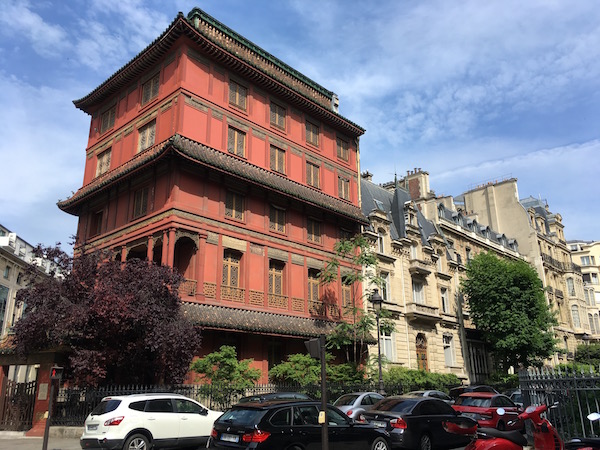 Walking the streets with or without a purpose was my favorite thing to do in New York, and I’m back at it in Paris. The difference is that I have only ever seen things here once or twice, if at all. By the time I left New York it was really difficult to actually look at what I was seeing. Fresh eyes and an overwhelming amount of detail to take in is a beautiful combination.

My favorite building spotted so far, in Montmartre: 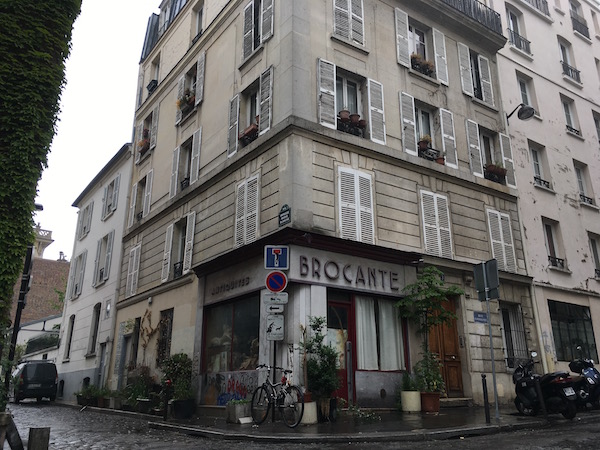 – seeing Paris through the eyes of Parisians

I made a new friend and went to his 30th birthday party at a swanky French bar where the DJ played an electro mix of Edith Piaf and the birthday cake was a bunch of huge cream puffs.

A friend of a friend took me for galettes (a Breton specialty) on what happened to be the Bretagne saint’s day. We ate delicious food and then watched old ladies dance traditionally along to a Breton punk band that was playing in the square. It was magically bizarre. Philippe gave me a tour of his old neighborhood of Montparnasse (and we went up to the top of the Tour Montparnasse, from which I saw the view of Paris above). And this week I am supposed to go out with my Guadeloupean friends to their favorite Antillean restaurant.

I think this last one – getting to know Paris through Parisians – is the linchpin. If you want to fall in love with a city you need to make personal connections with it and in it. What better way to do that than to ask everyone you meet to take you to their own favorite spots? I have done so many eye-opening things and visited so many unexpected places since being here, and that’s mostly thanks to the Parisians who have shown them to me.