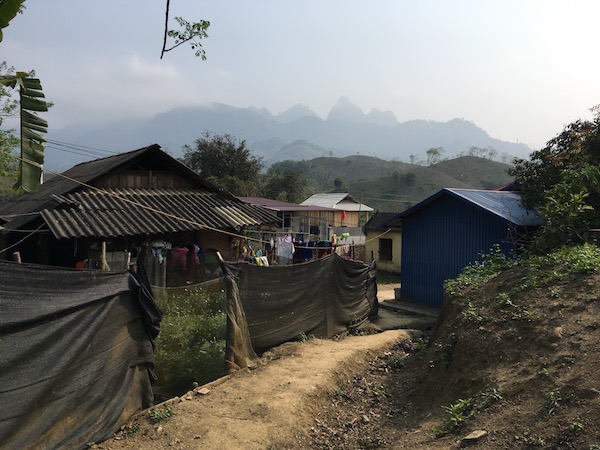 I was in Vietnam last month to document a non-profit organization’s programs in a few northern provinces. Here are some photos I took during the trip to the field.

The landscape was gorgeous. 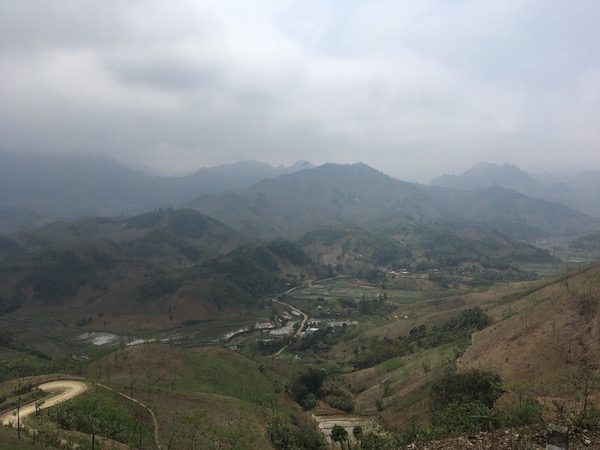 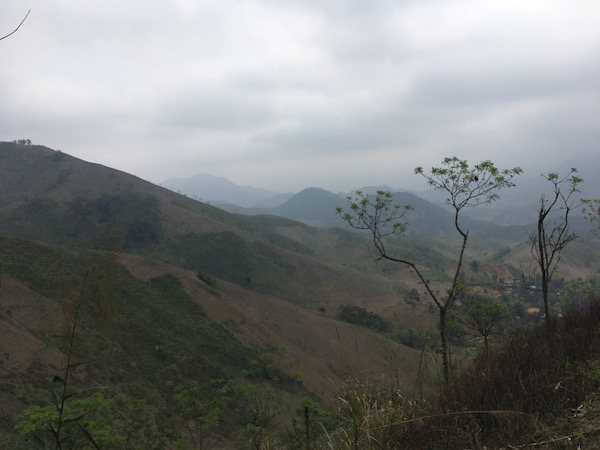 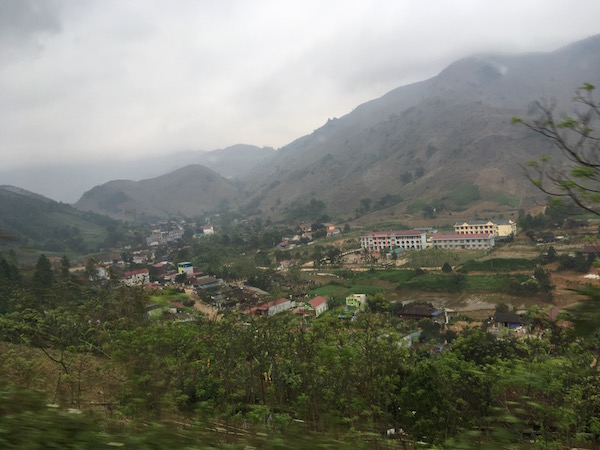 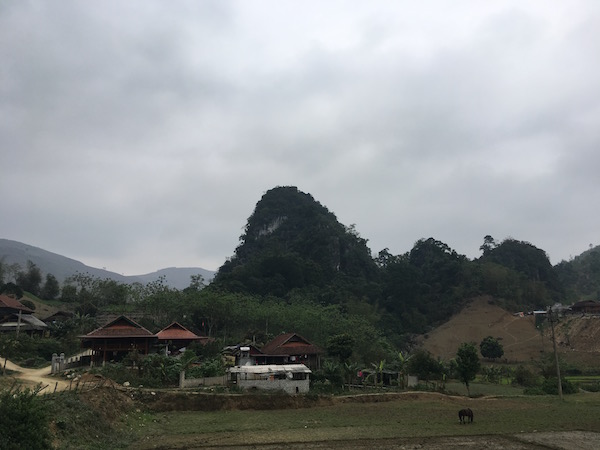 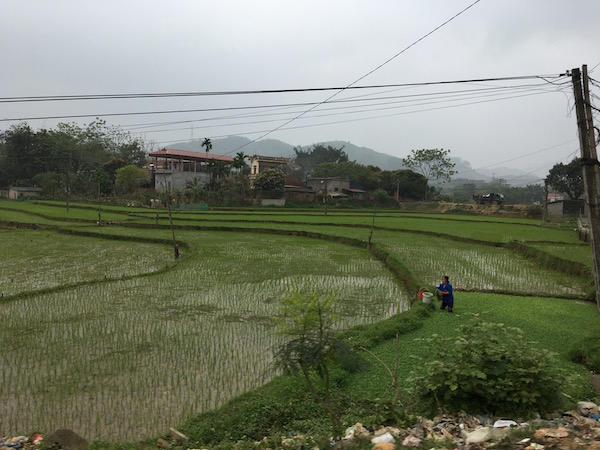 The architecture was noteworthy. There were a lot of traditional stilt houses. 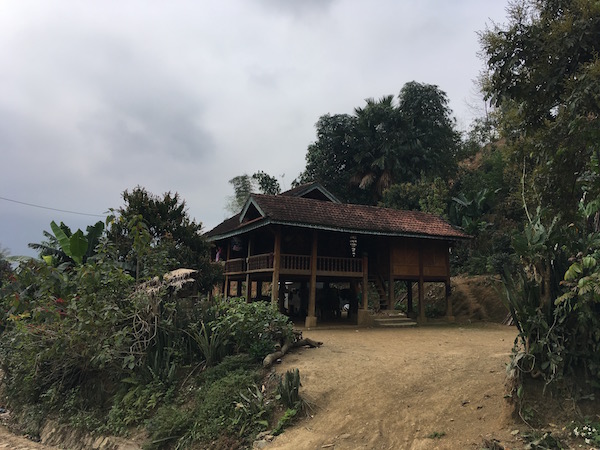 And I was surprised by the ubiquity of a style I called Vietnamese Victorian. It consisted of pastel-painted houses that would not have looked amiss in San Francisco, except that they featured Asian-style trimmings instead of traditional Victorian gingerbread. 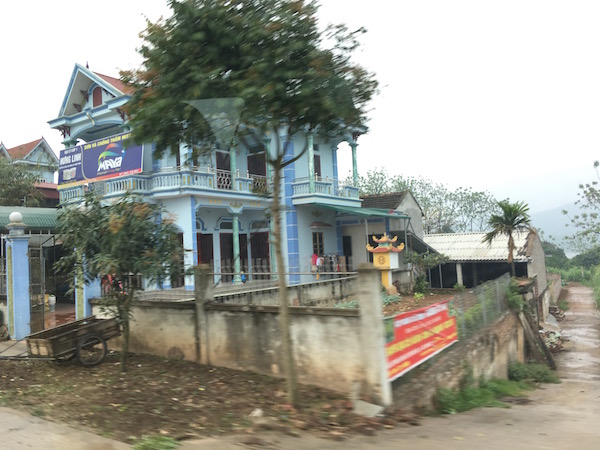 There was also a lot of Arts and Crafts-type architecture, again with an Asian twist in the trim. 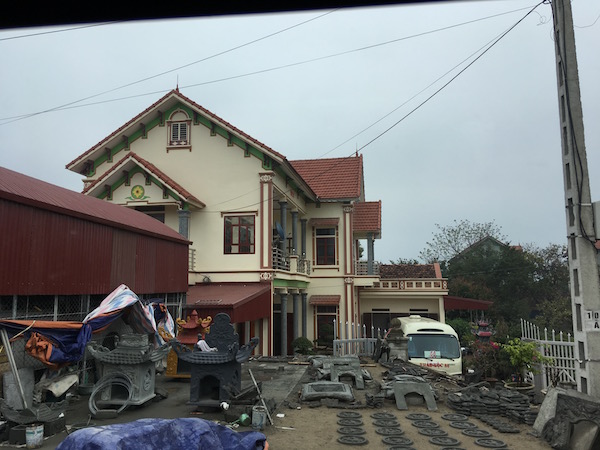 And even in towns that weren’t nearly as dense as Hanoi, I saw a ton of the very narrow, very tall, pastel-tinted buildings that were all over the capital. 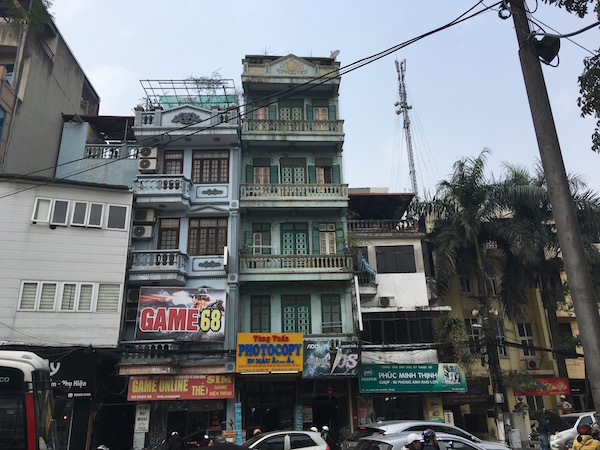 I also saw a bunch of European-style mansions that seemed to pop out of nowhere in the middle of the countryside. 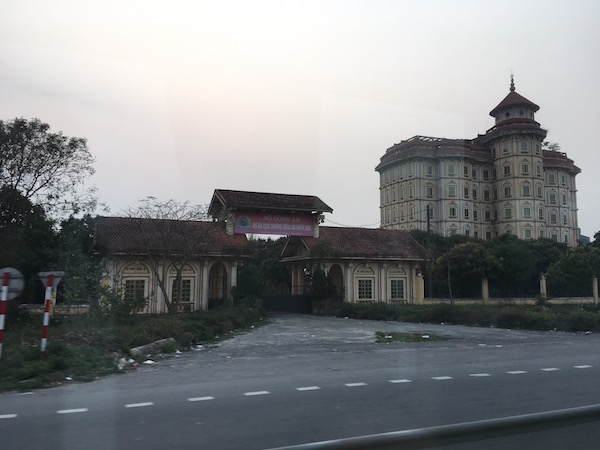 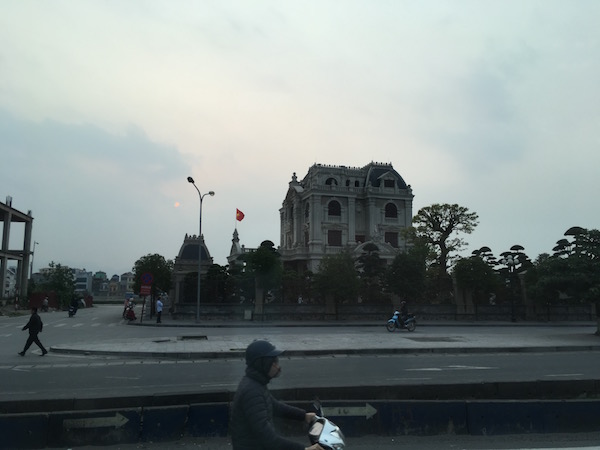 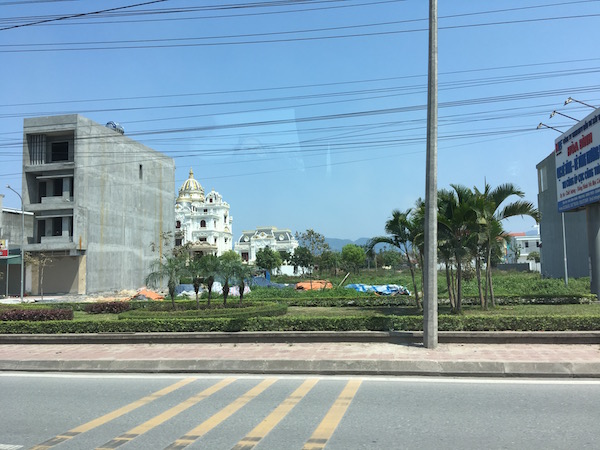 Many homes had altars to ancestors on their property. I even saw one built into the side of a cave in Halong Bay. 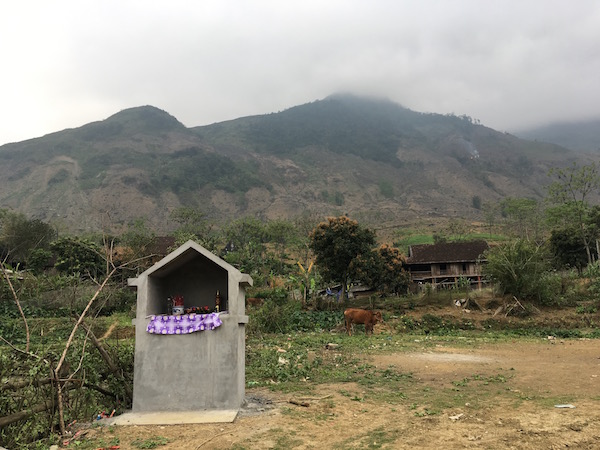 In the ethnography museum, I read: “Death destroys only the physical body, for the souls survive in the afterworld and have the capacity to intervene in the lives of the living. The deceased thus maintains relations with his or her family.”

Everywhere we ate, we were served family-style feasts. The greens were especially delicious, especially morning glory, which I had thought of only as a flower and never as a food before this trip. A bowl of tofu came out at every meal, and every single time it was made with tomato sauce in a way I have not once had in a Vietnamese restaurant in the United States. 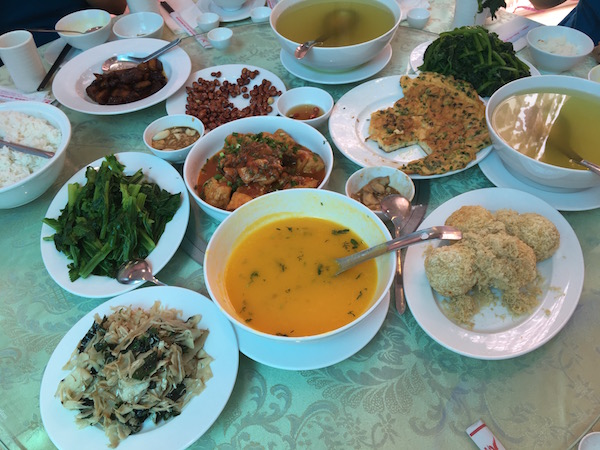 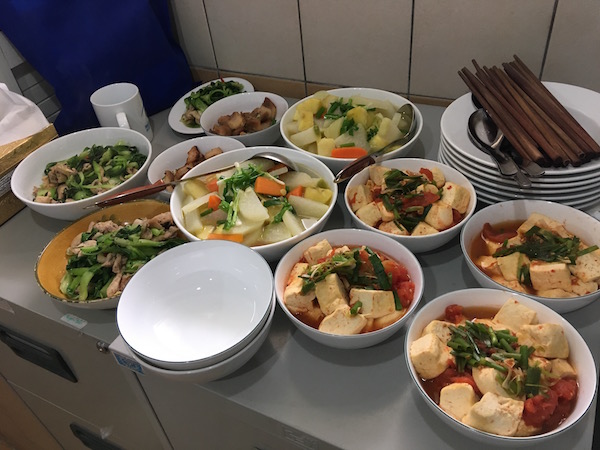 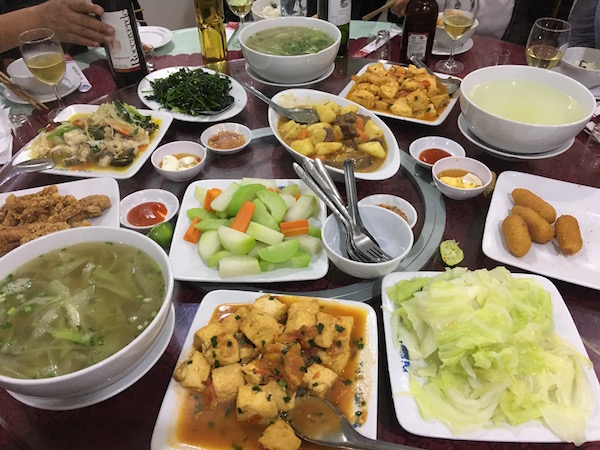 I thought the green wedges in the center plate above were turnips or some other root vegetable, but they were actually a type of melon that was served cooked, with carrots alongside. Below, sticky rice. We ate really, really well. 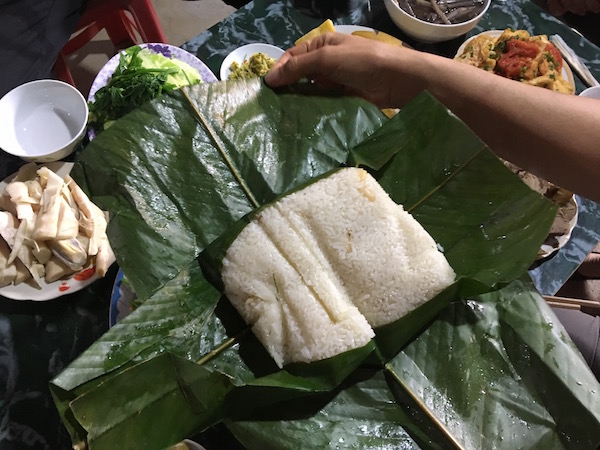 And in case that didn’t make you hungry enough, I leave you with a photo of a well-stocked market in Phu Yen District in Son La Province. 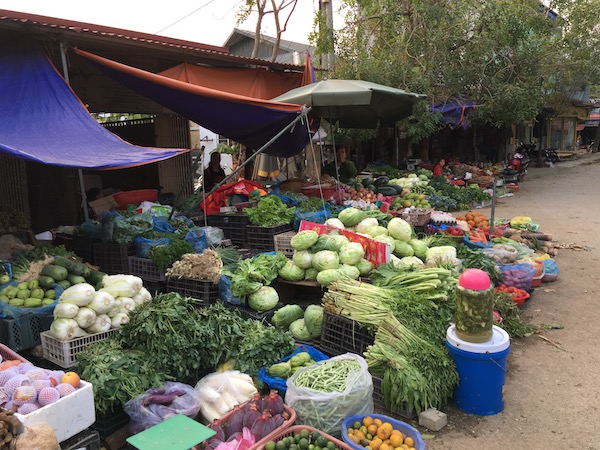 Next up, my tourist excursions…