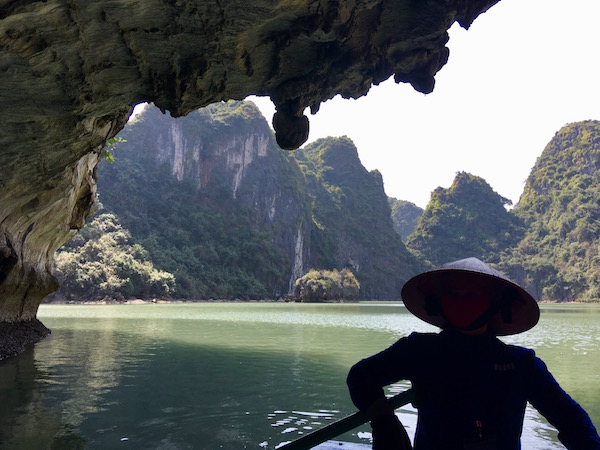 Halong Bay was as amazing as I thought it would be.

I went with a tour company that had been recommended to me by a colleague. Because I had limited time I chose the day trip – three hours there, four hours on the water, three hours back to Hanoi. Most people opt for the overnight excursion and go during the weekend, which meant that on the Tuesday I went, there were only five people on our boat even though it could hold about 25. In a remarkable stroke of luck, the only time the weather was remotely clear, blue and sunny during my two-week trip to Vietnam was Halong Bay day.

Apparently the company has four different routes that visit different parts of the bay. I was more than satisfied with the route we took, though I have no idea what the alternates would have been. We ate lunch on the boat while heading out to the islands, then got out at a pier and took a canoe ride to hidden lakes you could only get to by going under small natural underpasses in the rocks, then visited a ginormous cave, then headed back to the harbor. 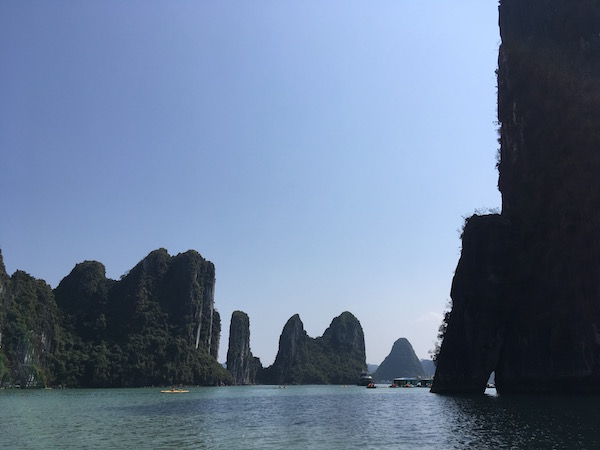 I thought that the highlight of the trip would be seeing the thousands of karst islands that dot the bay – and they were indeed magnificent. But the showstopper turned out to be Thien Cung cave. 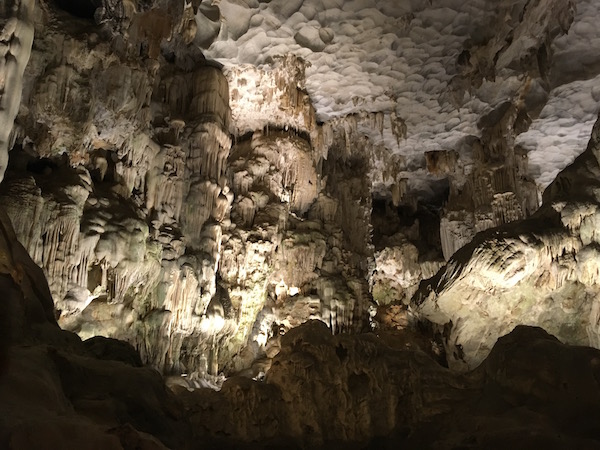 Wonders of nature have made me weep exactly twice in my life. The first time was at Iguazu Falls four years ago when two nested, nearly 360-degree rainbows in front of the epic waterfalls had me channeling double rainbow guy. The second was when I attempted to take in the grandeur of this cave.

As at Iguazu, photos could never do it justice. I was sputtering at the idea that – unseen by any human being until someone discovered it a few decades ago – thousands upon thousands of years of teeny tiny, banal, random processes had acted upon this earth to create a masterpiece of undesigned splendor. 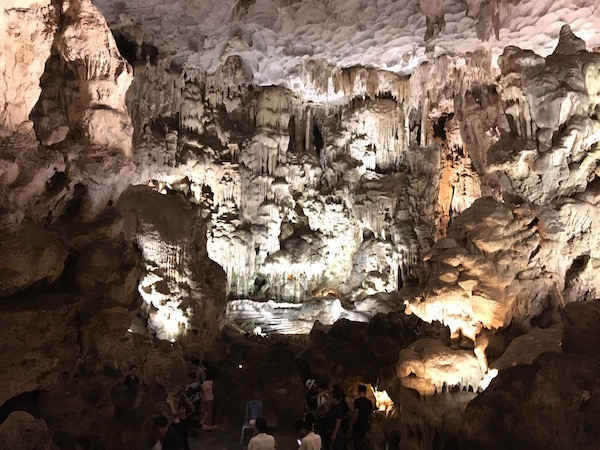 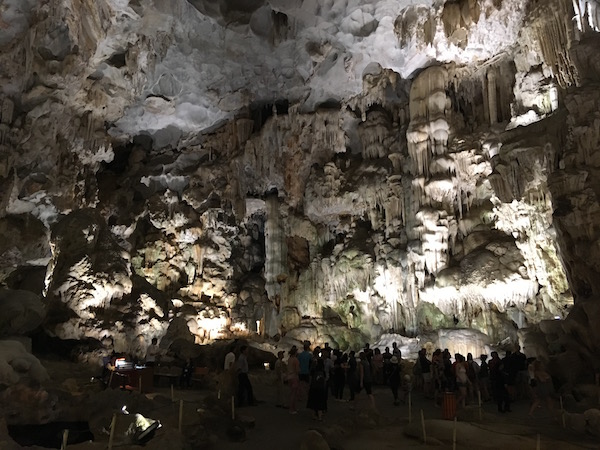 I emerged from the cave repeating over and over, “You are so lucky.” Though I spent nearly two decades of my life surrounded by vinyl-clad suburbs on featureless land, I’ve been able to witness some of nature’s greatest heights across five continents.

Including, though I didn’t know it yet, what I saw the next day at Trang An…