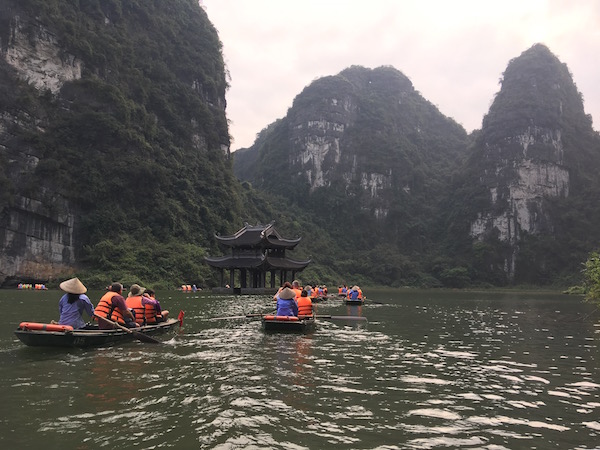 The day after my Halong Bay trip, I boarded another bus, this time to Ninh Binh Province. I spent the day touring Trang An, a UNESCO World Heritage Site consisting of the Bai Dinh Buddhist temple complex (the largest in Vietnam) and a system of waterways and grottoes in which other temples are hidden.

The landscape was just as beautiful as Halong Bay (in fact it is sometimes described as Halong Bay on land), and the temples were stunning, too. I’ll let the pictures speak for themselves.

The entrance to the temple complex. 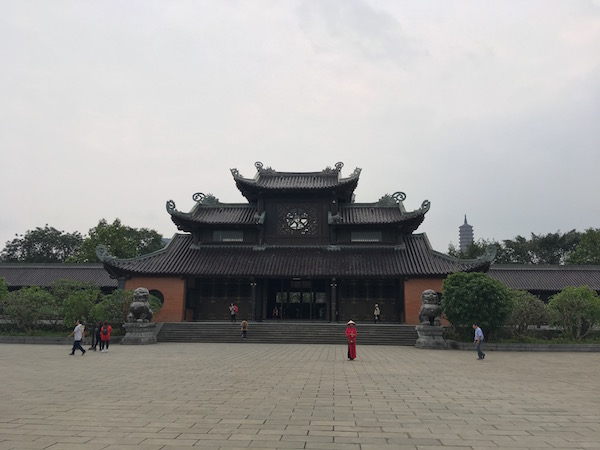 There are 500 statues of Buddhist disciples, each with a different expression. 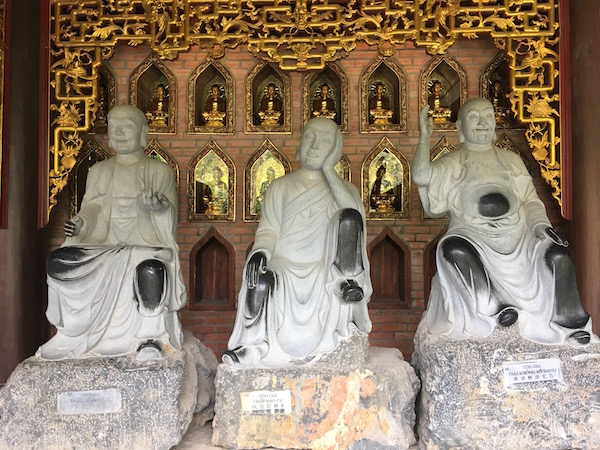 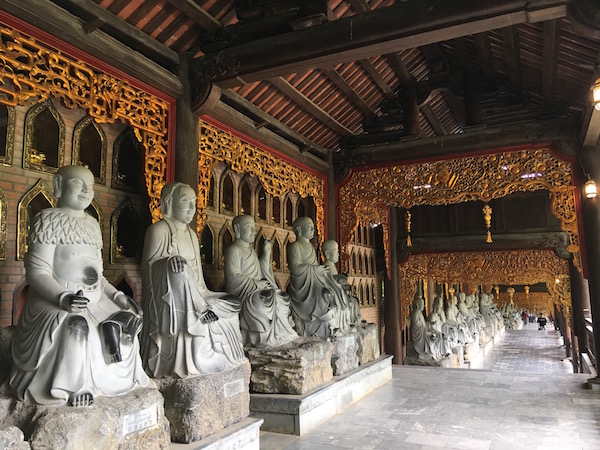 The inner temple was massive. (We didn’t visit the tall one behind it, sadly.) 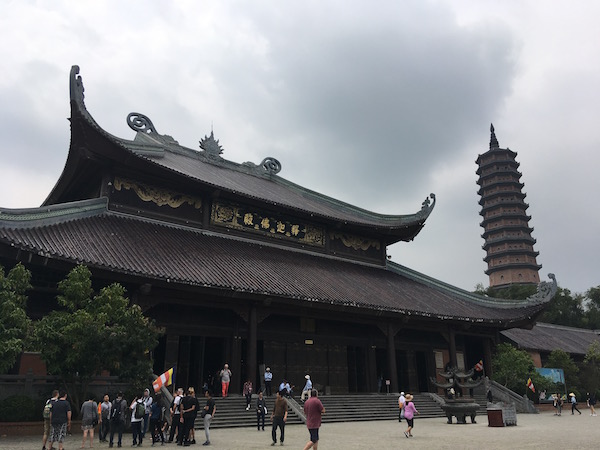 Photos were not allowed inside; these are the best photos I could take from the door. 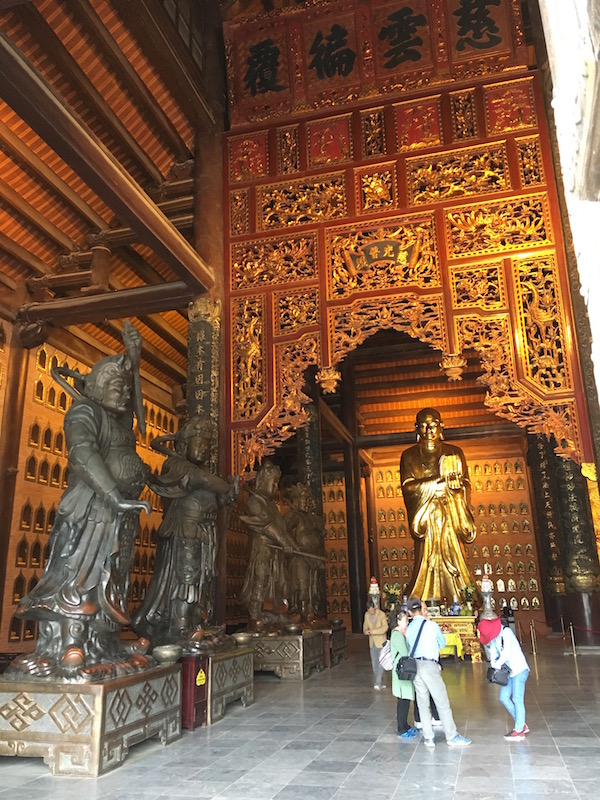 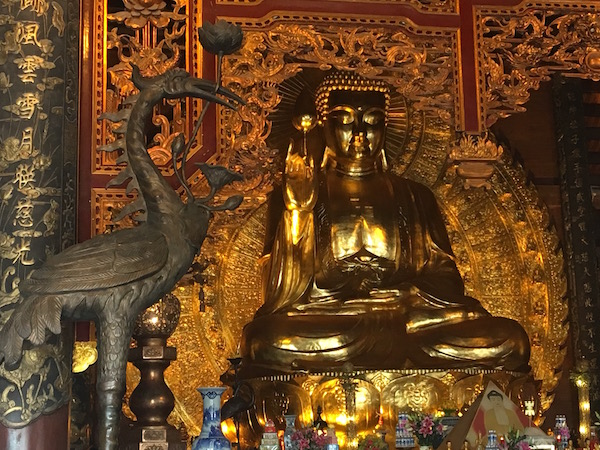 All over the complex, there were massive statues surrounded by people’s offerings. 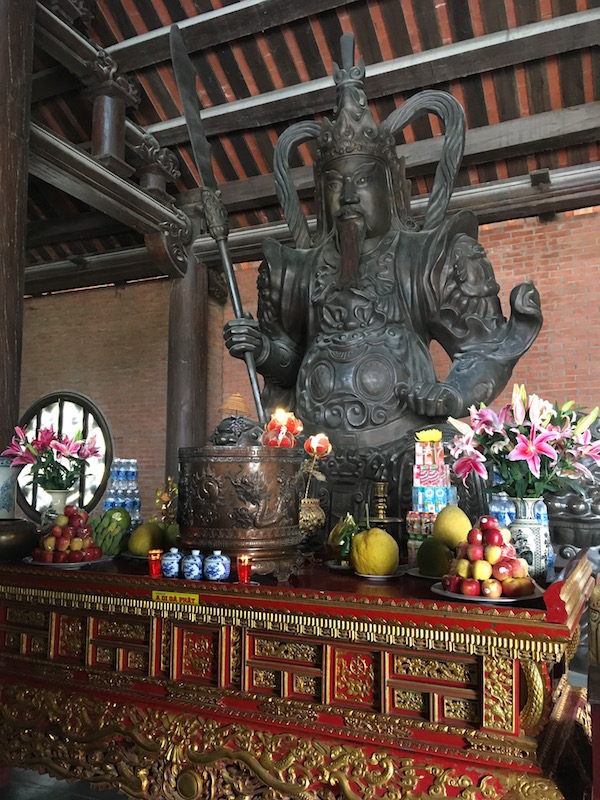 The second half of the day was spent on a rowboat taking a tour down the river. 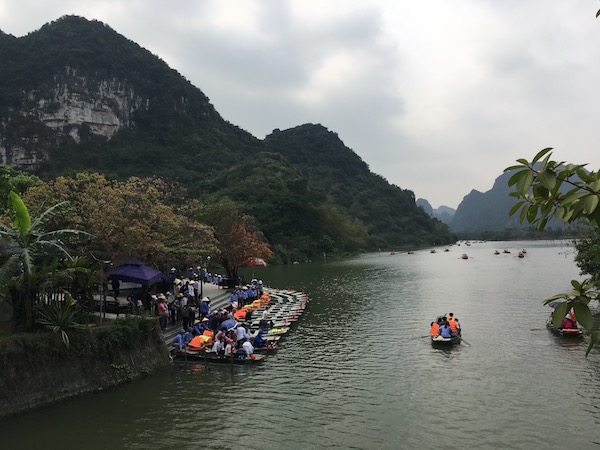 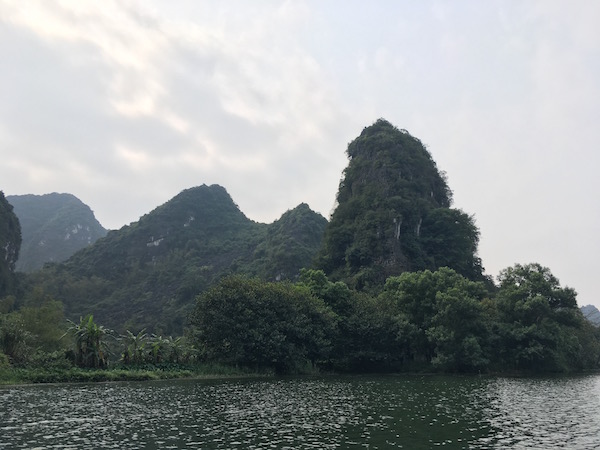 The rowers navigated us through grottoes with ceilings so low that the taller people had to duck their heads. 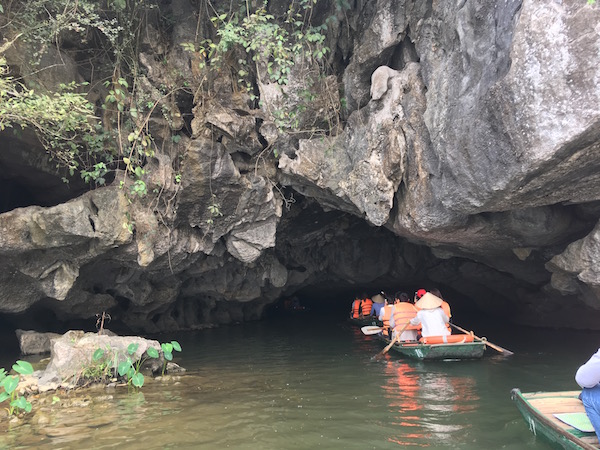 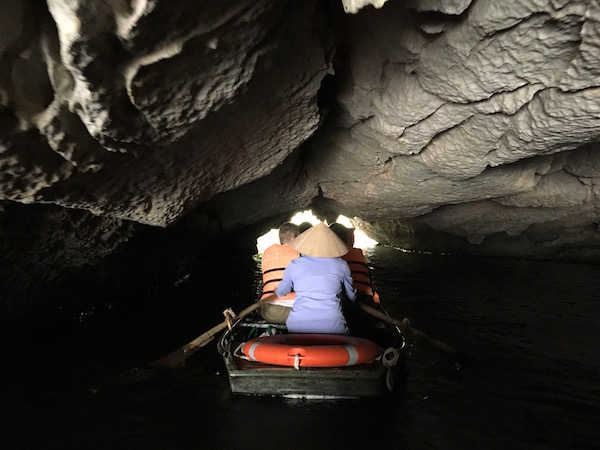 On the other side, there was always some jaw-dropping sight (or two) to behold. 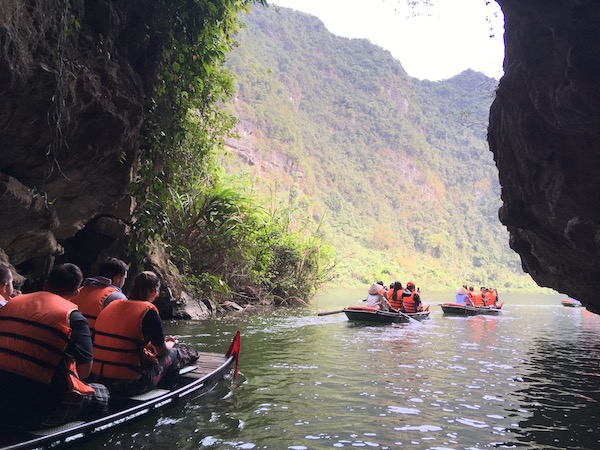 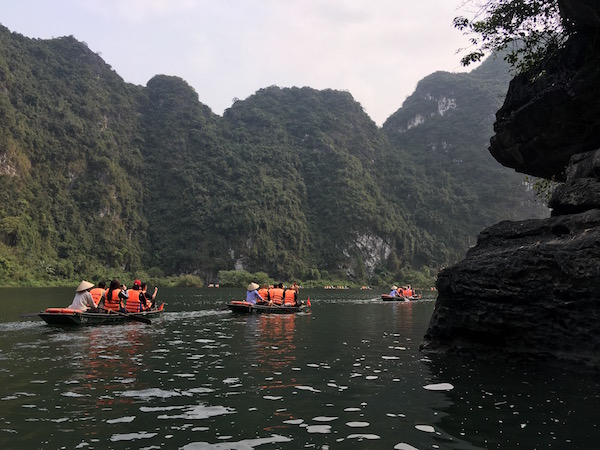 …where a temple you can only access via the water suddenly popped into view. 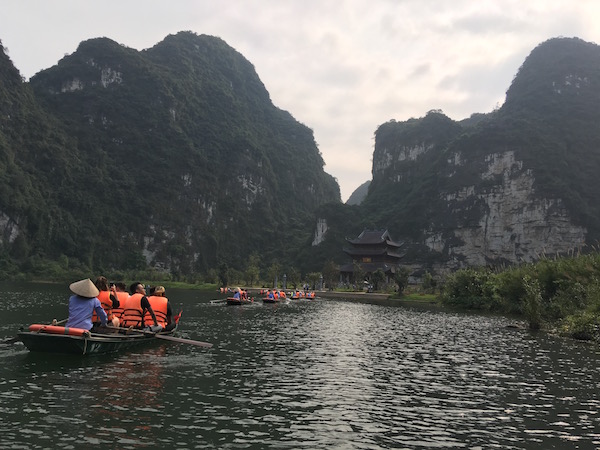 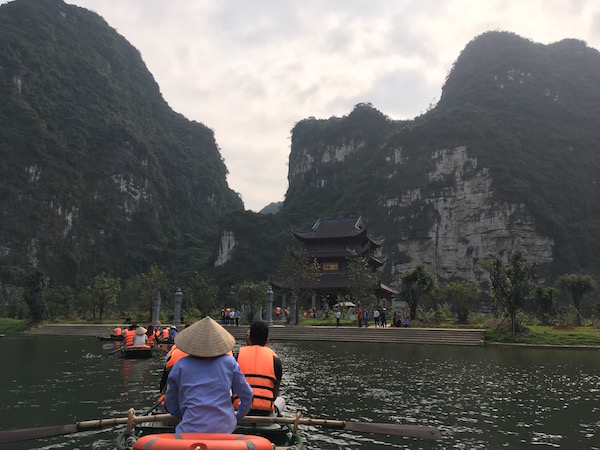 I was disappointed that we didn’t stop. We instead kept going under and through a second grotto. 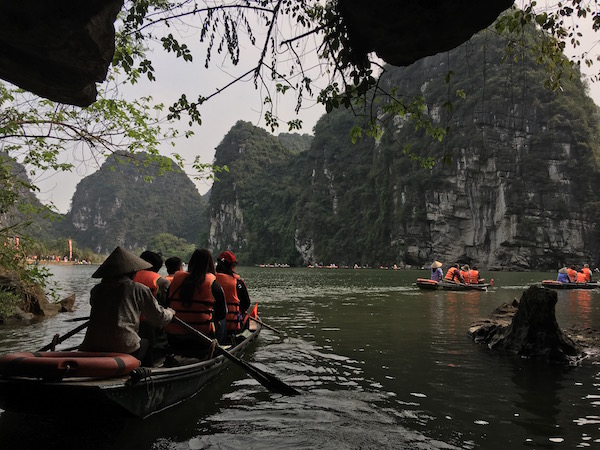 And this time we came out into a lake-like area with a pagoda in the middle of it. 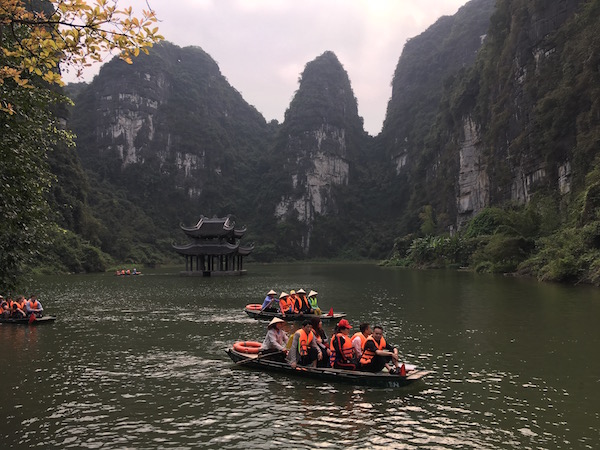 There were also a bunch of other temples accessible from a dock. 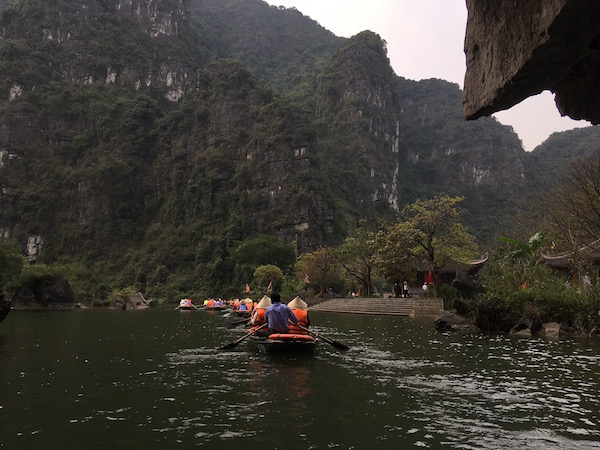 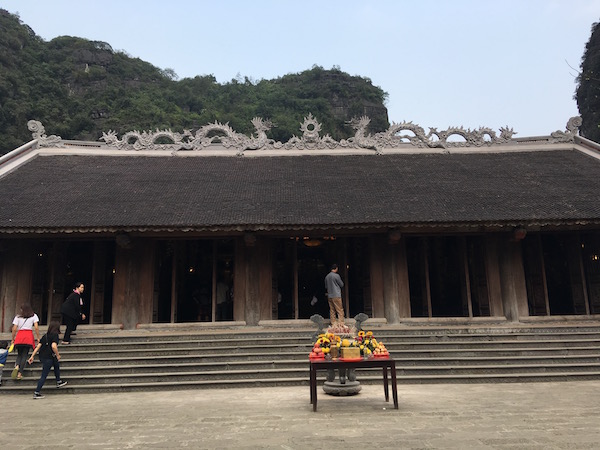 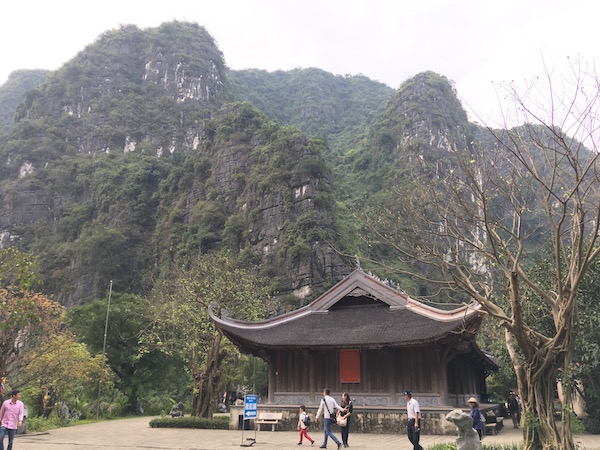 The temples were dazzling with gold and statues. 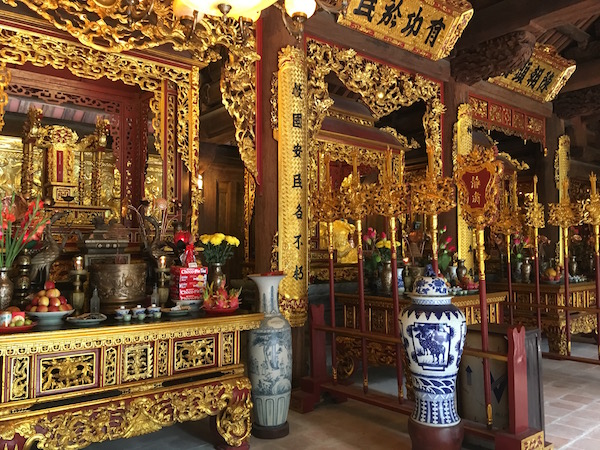 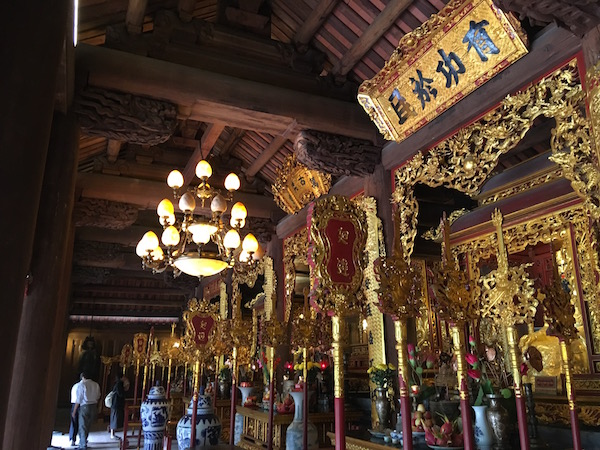 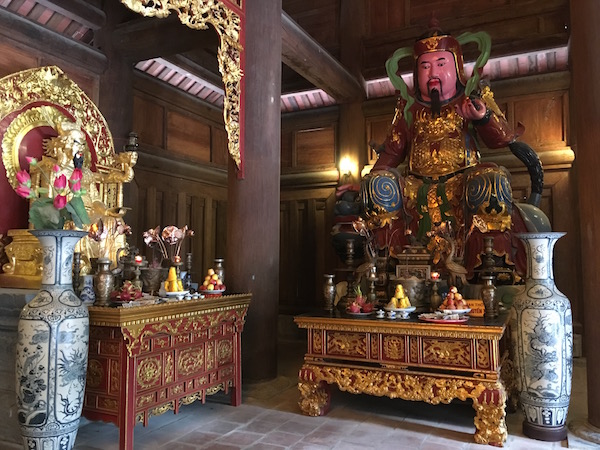 We were picked up by our boats at a second dock. On the way there, we walked through the remains of the King Kong (remake) set. 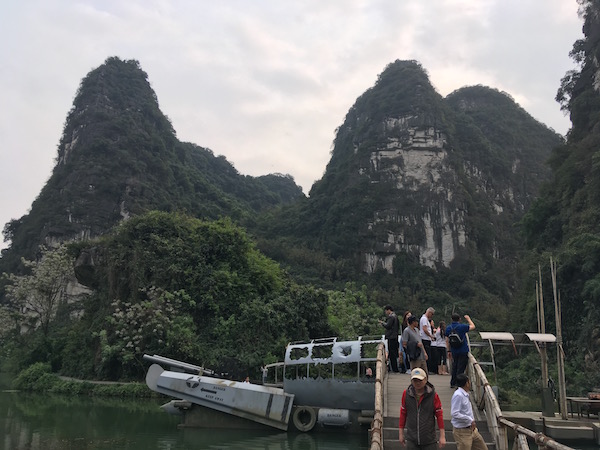 I guess some locals dress up like the fictional tribespeople from the movie and earn tips by taking pictures with tourists. I hurried through that part… 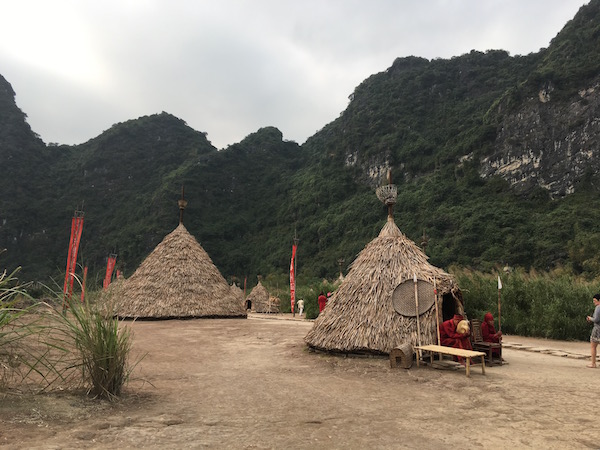 …and then we got back into our boats and headed to the dock where we had originally embarked. 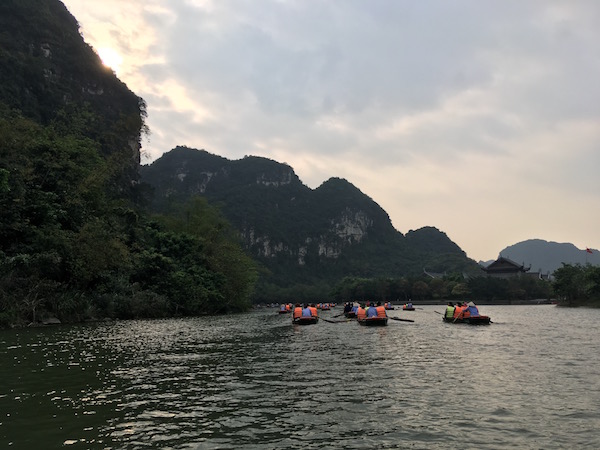 3 thoughts on “Vietnam part 4: Trang An”