It looks like I’ll be using my free time in Senegal (and Côte d’Ivoire, where I’ll be heading on Monday) to write about other places I’ve been this year. It’s ironic in some ways, but it’s also reflective of what I find so lovely about being here. This part of the world helps me to slow down and provides me with the headspace to sit still and think, and eventually, to write.
So, even though we are half a year out from summer, I’m going to post pics from a few days trips that I took from and in NYC in August(ish). I mean, next summer is halfway here! What better time to daydream about the possibilities than as winter sets in. (That is, for those souls unlucky enough to actually be in NYC at the moment. I’m sitting here in 80 degree weather listening to Youssou N’Dour and feeling like I have somehow cheated winter yet again.)
Asbury Park, NJ 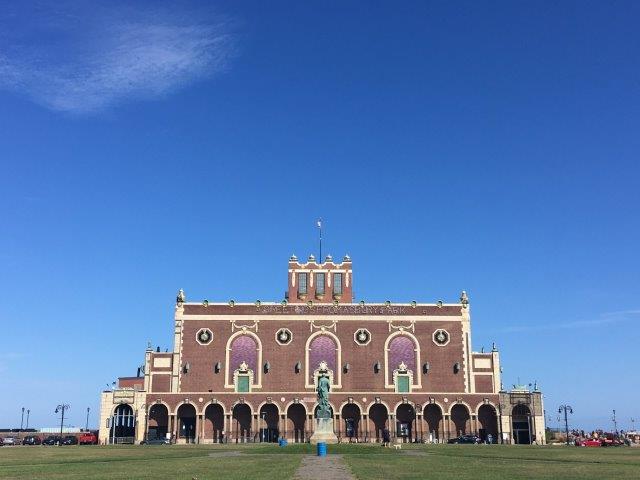 For better or for worse, I am a product of New Jersey, but I had never been to Asbury Park, the shore town made famous by Bruce Springsteen. I don’t like the Boss (do people still call him that?), and I like but don’t love the beach. Still, it felt time to visit, so we did.
First we stopped at Wawa for obligatory hoagies, which figured into my childhood far, far more than Springsteen’s music. That’s my friend, Simona, below. We’ve been going to Wawa on the way to the Jersey Shore for close to 25 years now.

It was a beautiful day for going down the shore, as they say in my home state. Below you can see both the boardwalk and the convention center, built in 1929 and recently revitalized.

The town was cute. I’d go back.

I had no idea this place existed until my friend suggested going on the spur of the moment. It is a beautiful state park that includes a grand estate that you can tour, Coe Hall, and 400 acres of land with easy walking trails criss-crossing it. There are also some pretty landscaped areas like the one below. 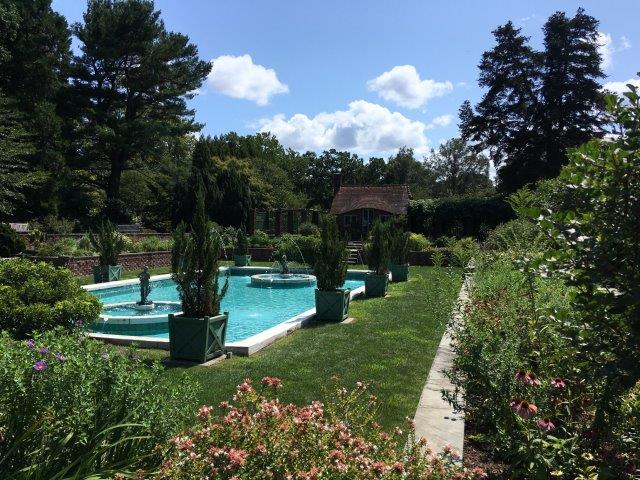 I had been wanting to visit this island to the east of Manhattan (and considered part of Manhattan borough) for years, but I never made it there until my company held its summer picnic there. It was worth the wait, a lovely respite from the city. Looking out to Long Island City and Manhattan from the waterfront, it felt eerily quiet and peaceful. 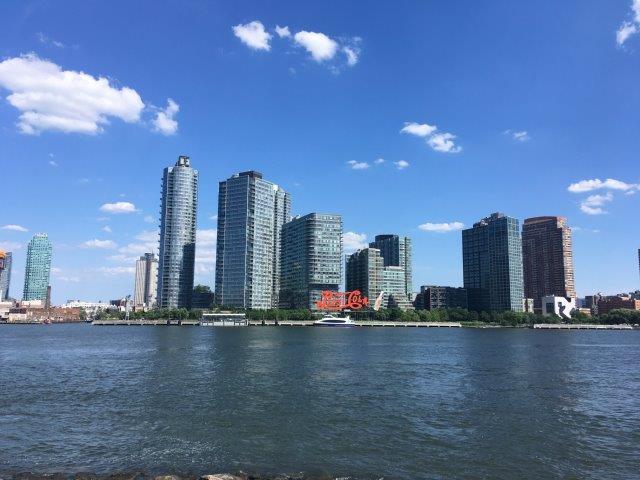 Long Island City looked like the countryside at points! (Well, if you tune out the two big apartment buildings.)

I spotted my favorite little people from the Union Square subway station making an appearance on the waterfront as well. 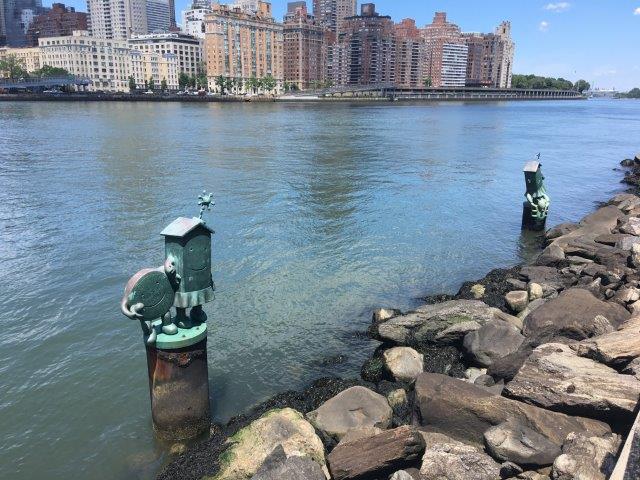 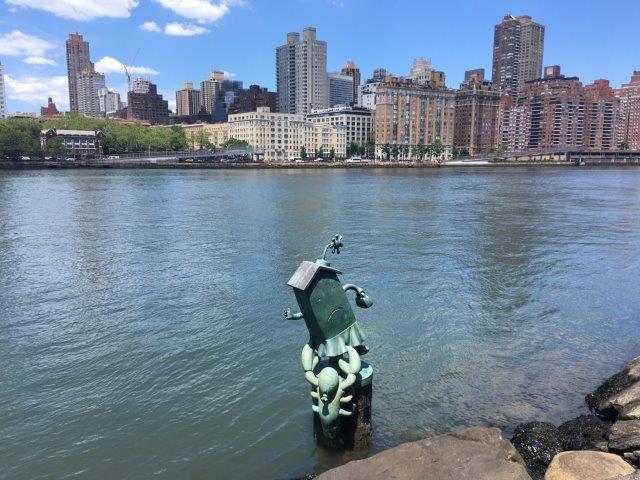 There was a beautiful-looking church that I would have liked to explore, but none of the doors were unlocked. 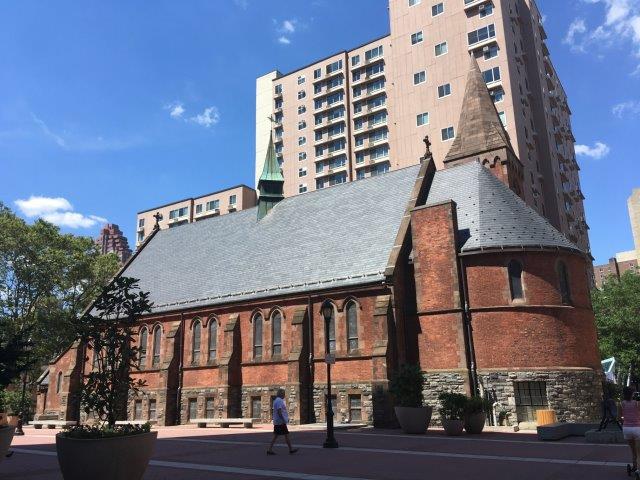 There was also a post-Revolutionary War-era house called Blackwell House, built in 1796, whose doors were unlocked but which was apparently not open to the public. (I received dirty looks from the people inside when I peaked in.)

I walked to the south end of the island, where there is a really beautiful park. 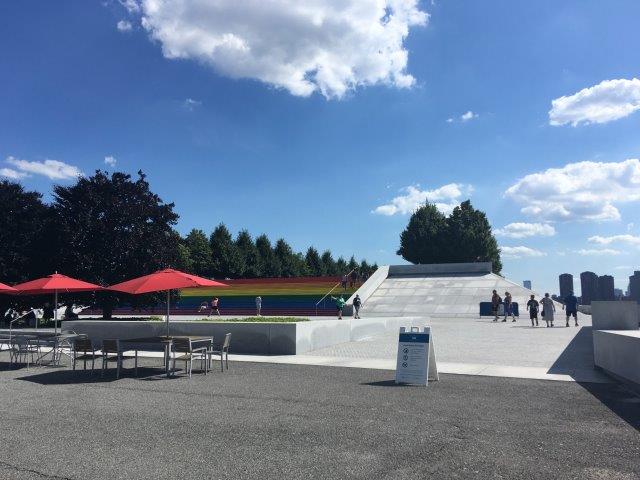 There is a bust of Roosevelt and an awesome view of the United Nations.

And it is a stone’s throw from the abandoned smallpox hospital that was erected in the mid 1800’s. 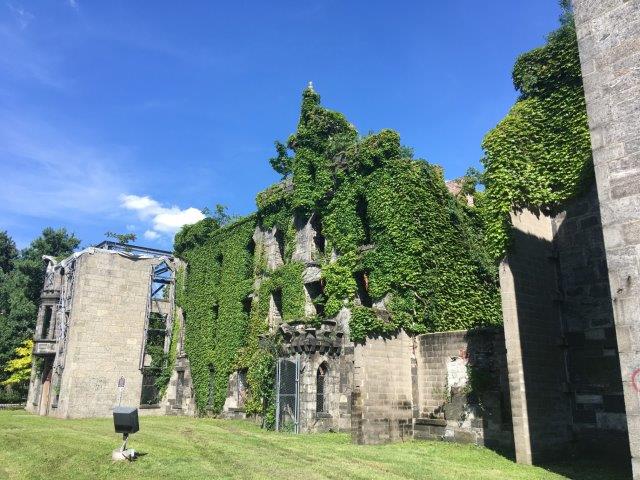 After walking the perimeter of the (small) island, I took the tram back to the city. It had been on my NYC bucket list forever. And again, it was worth the wait. I enjoyed soaring (slowly) into Manhattan like a bird might.

I had also wanted to visit Shelter Island for years but it’s a (small) pain to get to. You have to take a (short) ferry ride from either the North Fork or South Fork (i.e. the Hamptons) of Long Island, which is an hour-plus ride from the city by either car or train.
But once you’re there, it is so blissful.
We stopped for coffee at a small cafe and ended up sitting there for two hours reading the paper and staring at the water.

Then we headed to a beautiful hotel overlooking the water for lunch. We only ended up sitting on the beach for like a half hour because the other places we sat first were so hard to budge from.

I would like to go back next summer and sit all day by that pool that is barely visible beneath the blue umbrellas. Shelter Island is a place to sit idly and happily.