I forgot to include my TWA jaunt in the previous post about my summer trips in and out of NYC. I guess going to the airport doesn’t seem like a trip per se, especially because the only plane I got on was firmly stuck to the ground, having been converted into a bar.

We gathered at JFK just a week after the grand opening of the TWA hotel complex in the former TWA Flight Center, which had been closed for nearly 20 years. For lovers of mid-century design, fashion, and history, hanging out in this whopper of a space designed by Eero Saarinen in the early 1960s is a mind-blowing, nostalgia-inducing experience, even if you weren’t born until the very end of the 70s like me. The interior of the lobby / bar / restaurant area has been painstakingly re-done, inducing the feeling not that you are in a retro set-piece, but rather that you are in an exact replica of the Jet Age splendor that was the original TWA terminal.

I almost cried when I heard that once-familiar sound of a million birds flapping their wings and realized that they had rehabilitated an analog arrivals / departures board (which was later programmed to ask, “Will you marry me?” — someone’s clever marriage proposal that I missed while busy trying on TWA-branded sneakers in the hotel store).

Anyway, I’ll let the pictures speak for themselves.

The Sunken Lounge, with a view out to Connie, the airplane that has been converted into a cocktail lounge. 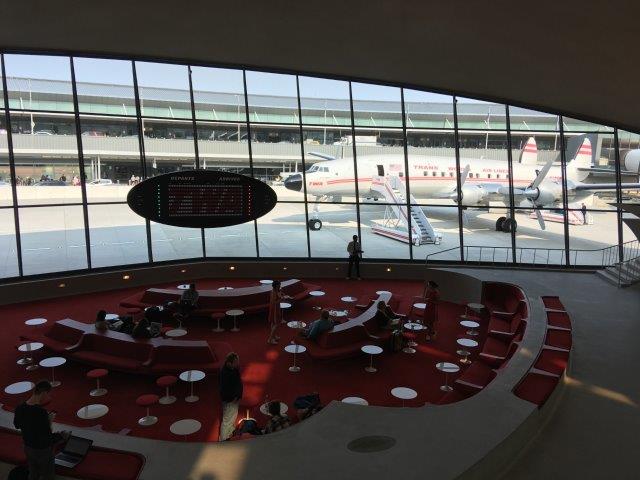 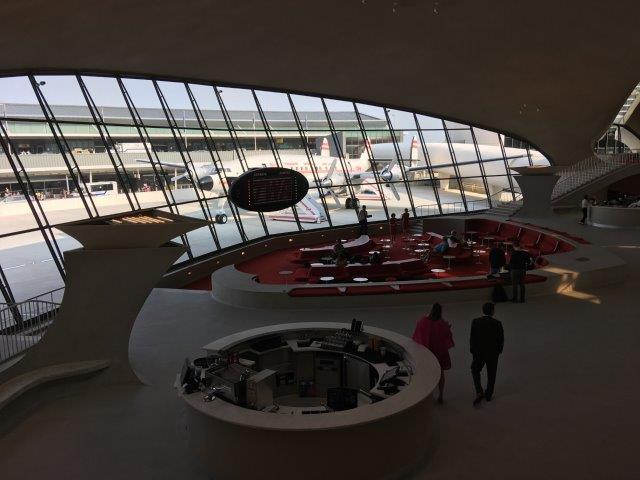 An exhibit of TWA uniforms throughout the years, curated by the New York Historical Society.

One of the restaurants upstairs. 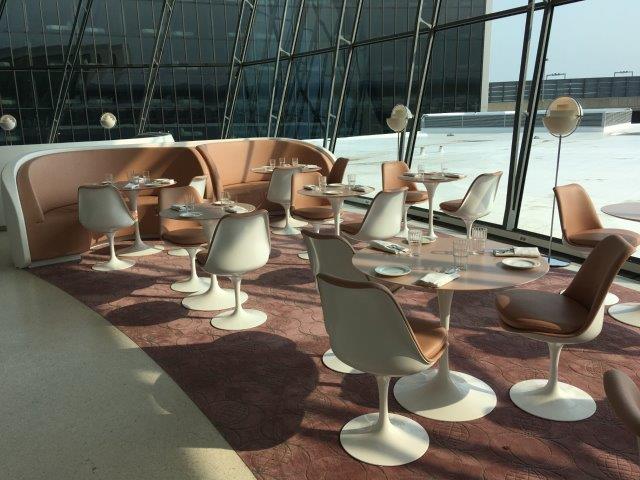 And a view down from one of the upstairs bar areas. 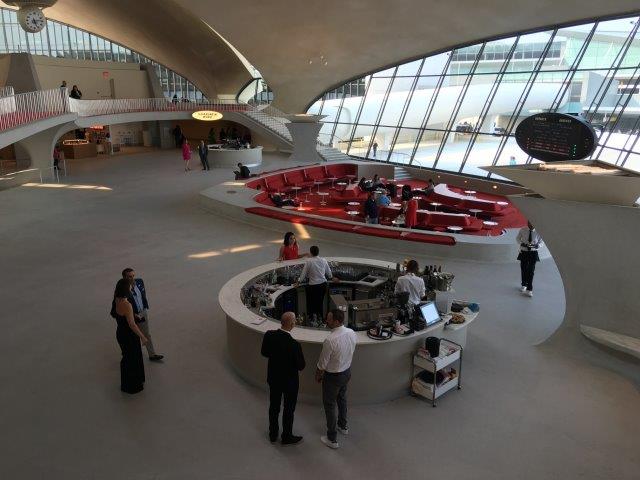 Connie on the tarmac.

You can peek inside the cockpit.

And then sit down for a drink.

You’ll be served by waiters wearing adorable retro outfits (including the sneakers that are for sale in the gift shop).

It was very strange to travel an hour and a half to the airport just to drink cocktails and go home, but it is also true that never in my life has my jaw dropped open in wonder at airport architecture and style.

I was back in JFK with two suitcases, a heavy backpack and another awkward carry-on bag last week, and not one part of me felt like getting a drink in a different terminal before my flight, so I’m very glad we carved out time to visit while both unharried and unhurried (and well-dressed).