Thing one: I was overjoyed to learn that — if we can look at the glass half-full for a moment — the damage to Notre-Dame was much more limited than it could have been:

Thing two: I realized that I had inadvertently already donated to the Notre-Dame rebuilding fund by responding to the World Monuments Fund‘s annual membership call the day before the fire. I gave $45 to become an Explorer-level member (usually $50 but there was a deal during the pledge drive). This means that a. I will receive a yearly magazine about the organization’s fascinating and important work to save and restore humanity’s architectural heritage, and that b. I have contributed to that work. You can, too!

Thing three: I just learned that the 2020 Smithsonian Folklife Festival in Washington, D.C. will “celebrate (and complicate) connections between Benin, Brazil, and the United States” through an exploration of their voodoo-inflected musical and cultural traditions. You know what that means?! If you can’t bring the girl back to the Vodoun Festival, you can bring the Vodoun festival back to the girl. See you in 2020, D.C.!

Thing four: The day before I left Senegal, I had breakfast with a French-Guinean journalist friend, Sarah. We caught each other up on where our respective lives had led us over the two years since we had last seen each other, and we exchanged our conjectures and semi-formed visions about where the future might take us. At some point we realized that we were both in a similar place of finally enjoying the present moment and accepting that life was not going according to our preconceived plans, but that it was working out really well anyway. Then she casually dropped the pearliest pearl of wisdom: “Life has more imagination than we do.”

I found it so profound and thought that only someone speaking a non-native language could express themselves so poetically in casual conversation. She later told me that she had actually heard the words from a friend many years ago, had held on to them, and had passed them on to me in that very apropos moment. Regardless of who said the words first, I now think of her as a poet-journalist.

I meant to post the quote sooner because I love it so much, but I’m glad I didn’t get around to it until now so that I could apply it to the horror-turned-to-wonder of Notre-Dame surviving a blaze that could have burnt it all down.

I haven’t posted an encouraging quote for awhile but I crossed paths with this one via Brain Pickings a couple of days ago and it seems eminently appropriate for the times we’re living in. To say the zeitgeist has been getting me down is an understatement. I keep coming back to the conviction that community, connection, and love is the only thing that can save me – us – from chaos and despair.

I have been saying it to myself in much less poetic and profound ways than Tennessee Williams does here, though. This is a beautifully wrapped reminder of what it means to be human.

This is the song that floored me at the first Youssou N’Dour concert that I went to in Dakar. The song and the voice are among the most beautiful I’ve ever heard.
Missing Senegal something awful after hearing this again today.
But… in relation to Senegal and many other things, I’m reminding myself of the wise words Cheryl Strayed shared in a recent “Dear Sugars” column in the New York Times:
“We have the strength to let go of even the things we treasure. Other treasures eventually replace them.”
Such a beautiful way to express something that is so hard to do. 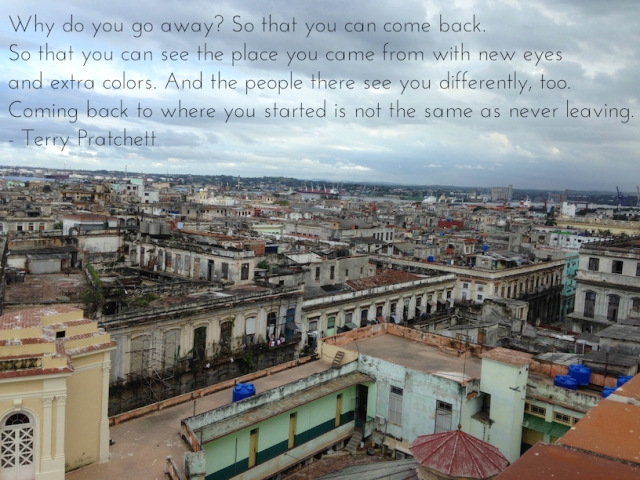 I don’t actually need any hump day inspiration considering that I got back from vacation last night and did literally nothing at work today but hang out and hyperventilate/chatter about said vacation while extremely high on espresso and life.

I’ll share photos once I sift through all 1,500+ of them and find the gemmiest of the many, many gems… Because where I went, it was eye orgasms every which way you looked.

I feel bad about crediting this quote to JP Morgan when it may in fact have been Thomas Carlyle or someone else entirely who said it. The Internet is undecided on that score, which is ironic considering that the nature of the quote is about seeing clearly.

END_OF_DOCUMENT_TOKEN_TO_BE_REPLACED

I’m sort of cheating since it’s 12:06 on Thursday morning, but let’s just pretend it’s not daylight savings time yet and it’s still hump day for another 54 minutes… Because it’s never too late to be the inspirational quote-poster I want to be. 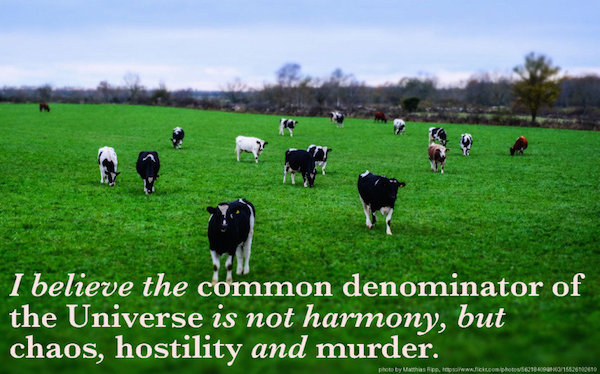 Today’s words of wisdom come from an unlikely source: my favorite anti-hero, Werner Herzog, who reminds us that life is violent and painful and that the times we’re living in are particularly banal and bleak. It’s very freeing, actually.

Unfortunately I cannot take credit for the inspired creation above. It comes from this Tumblr of Werner Herzog motivational posters. Best Internet discovery in years.

More brilliant madness by and about Werner Herzog, if you ever need a giggle:

One of my favorite pieces of writing, ever.

Continuing an interview after being shot by an air rifle.

Laugh out loud musings on adventure.