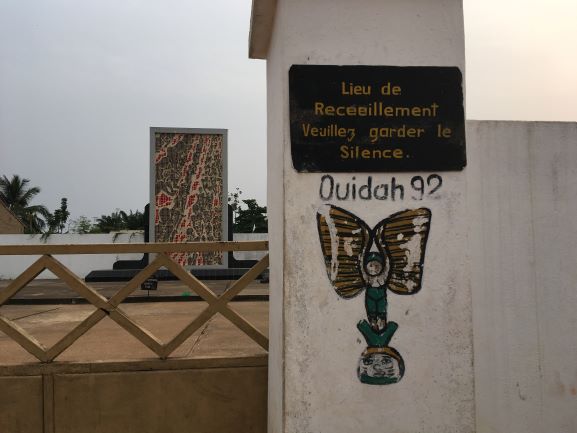 Well. We have reached the point in my trip when it turns abruptly from the (mostly) life-affirming wonders of Vodoun culture to the despair-inducing horrors of human trafficking. According to the Trans-Atlantic Slave Trade Database, as many as 12.5 million people were forcibly shipped from Africa to the New World between 1501 and 1866. Almost 2 million of those people embarked from the area around Ouidah called the Bight of Benin, and Ouidah itself was one of the busiest slave ports on the African continent. An estimated 12-13 percent of those who boarded the slave ships did not survive the Middle Passage. END_OF_DOCUMENT_TOKEN_TO_BE_REPLACED