An update on my quest to find freshly brewed coffee in Dakar:

A while ago, Tantie (Mamie’s younger sister; real name Armand) recommended I try Presse Cafe, in the neighborhood of Plateau. After three caffeination-starved months in Dakar, the sight of their bean grinders and espresso machines felt like spotting a unicorn.

I now stop in to the cafe every time I’m downtown, but it’s too far to go for my daily fix. Fortunately, I recently discovered an even better place right in my own backyard.

A ten-minute walk from my house, through the dusty pastel streets of Amitié, an inconspicuous shop called Coumba Cafe does their own roasting and grinding and brews an uber-strong cup of espresso topped with a perfect layer of crema (a word I learned only during my recent coffee obsession).

The first time I drank one tiny shot of it, I had to down a liter of water and eat a banana to calm the coffee shakes. Tremors aside, it was heavenly to be so wide awake.

Now I’m a regular there. I love their decidedly non-cafe-like decor and that they’ve been around since the 80s. 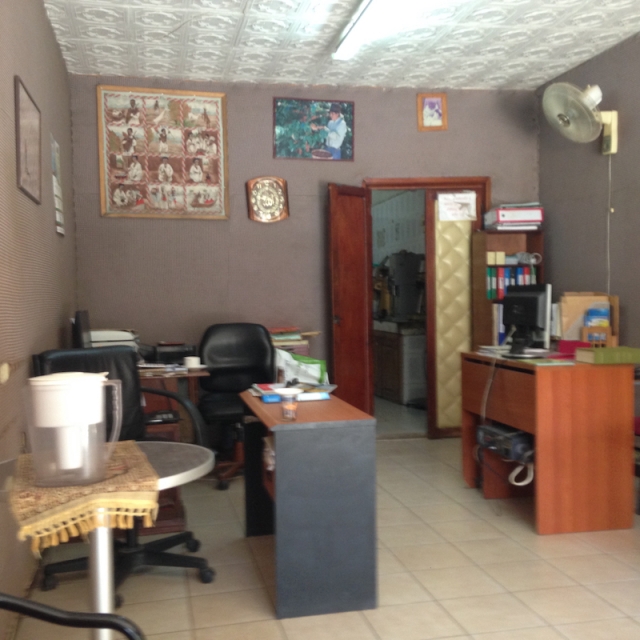 For less than a dollar, I get my espresso fix from someone who knows my order without me saying a word. Apparently they make a delicious version of cafe touba that, unlike the kind sold on the street, actually wakes you up, but so far I have stuck to the espresso because I don’t really believe in a world in which cafe touba possesses powers of caffeination. Maybe one Saturday when I don’t have any work to do I’ll try it out.

On that note, I’m heading there now because my brain is still not fully functional and it’s after 12pm!