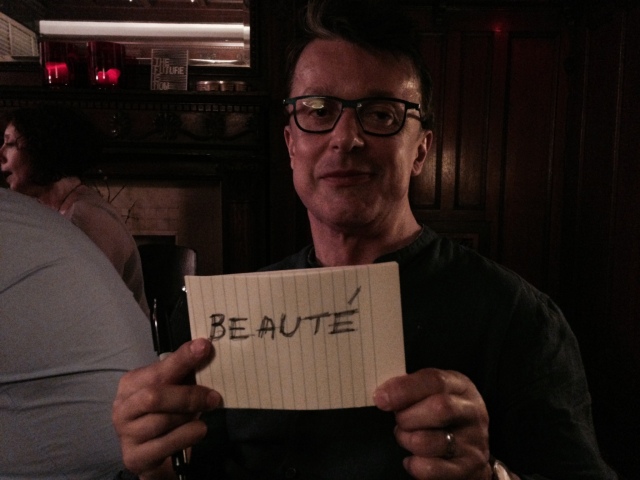 Clovis is an artist with a studio in Bushwick who paints monochromatic extreme close ups of people’s faces. I wish I had one to post here but alas it didn’t occur to me to ask. Take my word for it, though, they are really wonderful.

His favorite word, beauté (beauty), seemed a bit of an obvious choice until he explained why. It’s not the meaning of the word that he likes but the sound. “Parce que le mot est rond.” (“Because the word is round.”) Which is to say, he loves the word beauté for the word’s beauty. Clovis insisted that even if beauté actually meant something terrible like decrepitude or diarrhea (my examples, not his), he’d still love it.

Clovis’ least favorite word seems hilariously random to me, especially when paired with beauté. But Clovis just does not like the sound of fourchette (fork). He said in French, “It’s not the meaning at all. A fork is very useful, but the word is like whiplash (un coup de fouet).”

I see what he means – the four takes its time rolling off the tongue and then the ette erupts out at the end. It’s jarring. 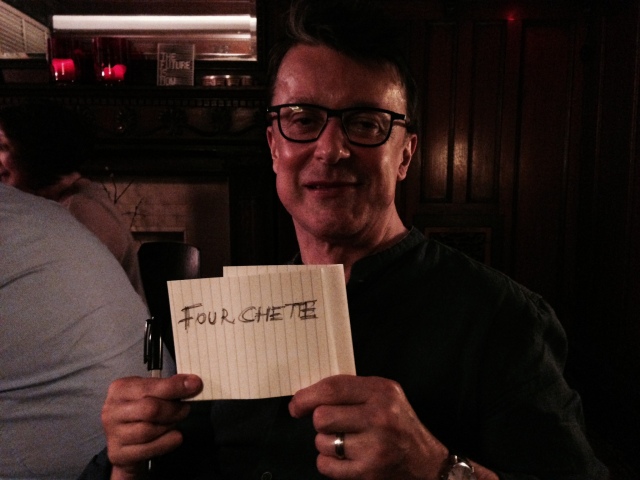 But I have to admit I like it – along with assiette (plate) and serviette (napkin). Why all the dinnerwear ending with ette?

In any case… Clovis – whose work is all about color – told me that he thinks of words in terms of color as well. Synesthesia, I love it! “Some are hot colors and some are cold colors, and some I prefer more than others.” Since Clovis said beauté was hot and fourchette was cold, I guess he likes a warm palette (another ette word I love).

Informal poll: fourchette, love it or hate it?