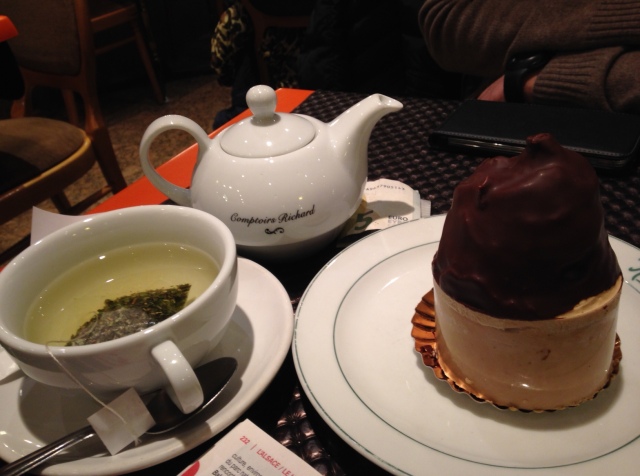 I’ve heard a lot of superlatives about Paris – that it’s the most romantic city in the world, the most beautiful, the city of light. But I think its most-fitting top billing is tastiest.

Why? Because I got a contact high every time I passed a bakery. Because the freshly made mayonnaise at a hole-in-the-wall cafe was so far beyond what’s eaten in America that the two deserve different names. Because a 3:00am omelette at a randomly selected bistro was the best I’ve ever had. Because my first bite of entrecôte with bearnaise sauce propelled me to break my 3-day French-only streak with an awestruck, “Are you fucking kidding me?” directed at no one in particular, since I was alone.

And that’s only Paris. In Alsace, they took meat and potatoes to a whole new expletive-inducing level. In fact, except for one unfortunate breakfast, everything I ate in France was better than 90% of what I’ve eaten in America.

Granted, I am one for hyperbole. But even if you take me with a grain of salt (which, incidentally, was also more delicious in France), there’s no denying that the French have a very special way with food.

So without further ado, here’s everything I ate in France:

And that brings us to… DESSERT!!!

The only thing on my wish-list that I didn’t end up eating and really wish I had is raclette. It sounds like God’s gift to cheese and potato lovers, but the specialty restaurant we tried to go to in Paris was all booked up and we ran out of time to find an alternative. I guess this gives me a reason to go back…

8 thoughts on “Everything I ate in France”