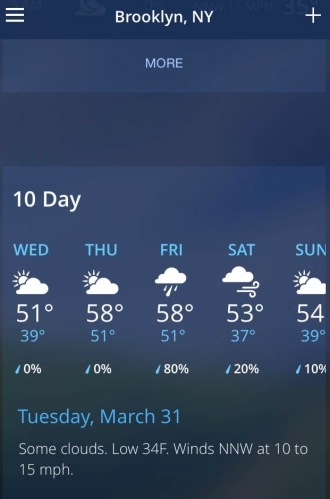 Rather than deleting the cities I’ve programmed into my Weather Channel app while traveling, upon my return I like to periodically set them as my current location – to remind myself how lucky I have been to visit these places, to feel a little bit closer to them digitally if not geographically, and to torture myself with how much better it is everywhere outside of New York.

Case in point: here is the week’s forecast for the cities I have been to within the past year and a half: 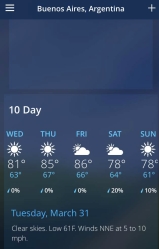 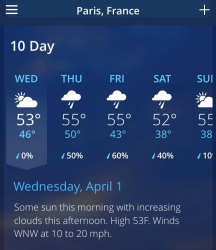 Alright, I admit that Paris is the weak link. But what it lacks in weather it amply makes up for in ridiculously good food. And the other two cities have NYC beaten by a long shot.

So, when it’s barely fifty degrees out after months of frigid temperatures, talk foreign weather to me! During the slow ascent out of winter, the Buenos Aires forecast reads like erotica.