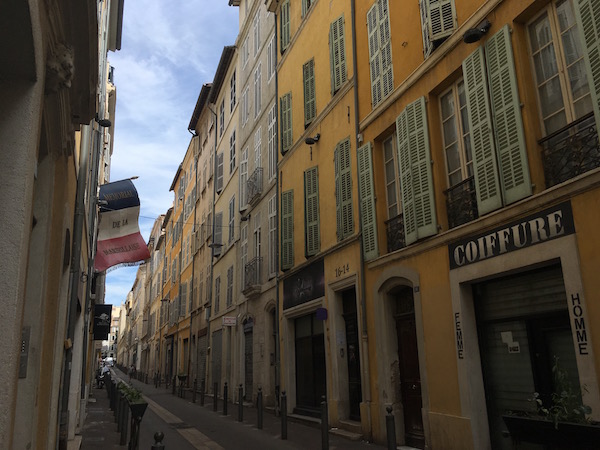 When I arrived in Marseille I headed straight to the Old Port, where my friend Gilles met back up with me and offered to take me on a moto tour of the city. The mistral winds were blowing something fierce, and I had never been on a scooter before. This did not seem like a winning combination, but I said “pourquoi pas” anyway and off we went.

First stop was this striking cathedral right on the water. In order to get to the entrance, we had to push our entire bodies against the wind, which kept blowing us back towards the water’s edge. Holding my hands up straight and steady to take this picture was a feat of remarkable physical strength.

We then walked / struggled from the cathedral to an overlook onto the old port. (From there I got my best view of the famous church on the hill, which we might have visited had the mistral not made that a highly treacherous prospect.) My phone almost flew out of my hands while I was taking this picture, after which I was in no mood to continue being outside. This was not because I had nearly lost my phone, but because the wind was intrinsically annoying as hell. Gilles said it has a reputation for making people go nuts, and I believed him.

We zipped through some other parts of town and ended up in Gilles’ favorite neighborhood, which I can’t remember the name of but which is centered around the Cours Julien. 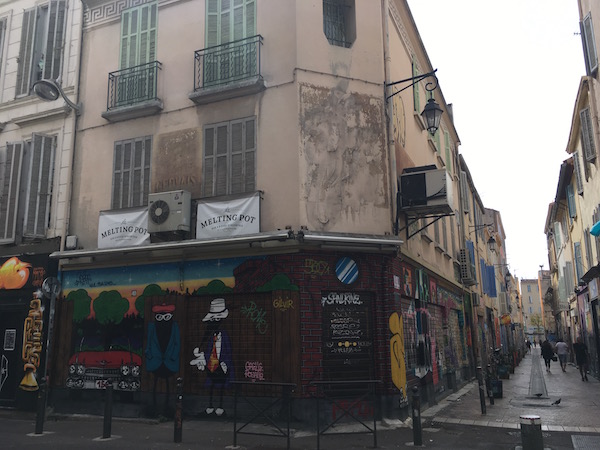 It is covered in street art, some of it blah and some of it fabulous.

Then we headed back west, I think (hard to have any sense of direction when on the back of someone’s motorbike wearing an oversized helmet with gale-force winds blowing in your face). We met up with some of Gilles’ friends at a beautiful Art Deco bar in which I had my first pastis, an anise-flavored drink hailing from Marseille.

One thing I love about France is that it is perfectly legal to drink in public, so at one point our group moved to the stoop clear across the street, and the bartender continued to come and serve us there. It was fun pretending to be a local hanging with my crowd.

The next day I wandered around for a couple of hours alone so that I could get a better sense of the city. I walked to the gorgeous cathedral that we had zipped by the night before on the way back to my hotel. Had I not been holding on for dear life at the time, I would have taken a picture of the absolutely stunning rose window glowing purple in the dark square. 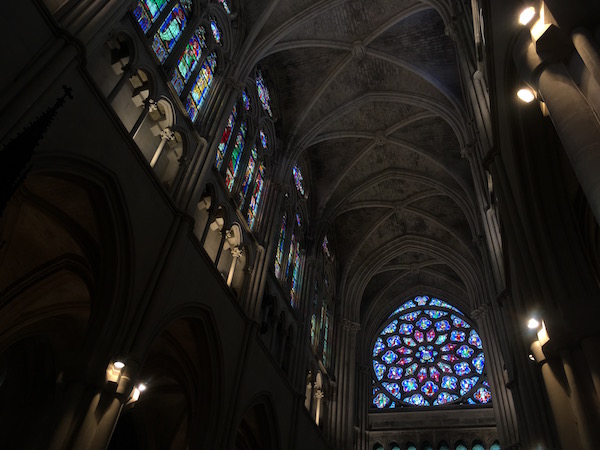 The inside was pretty amazing as well. 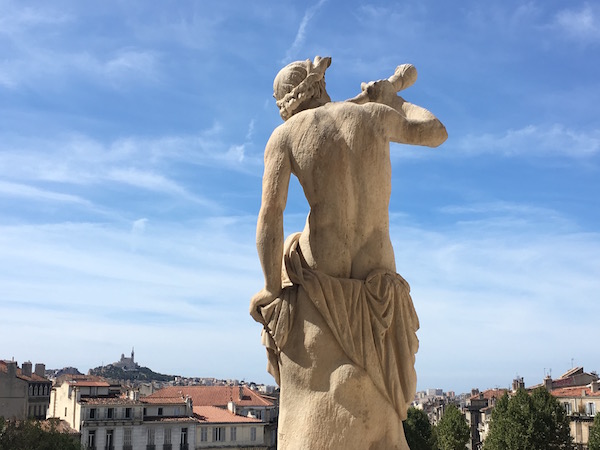 Then I walked to the big city park that is also home to the Natural History and Beaux Arts museums.

And then it was nearly time for my train so I headed back to the station, which had its own remarkable view.

And then I was on my way to Aix-en-Provence…