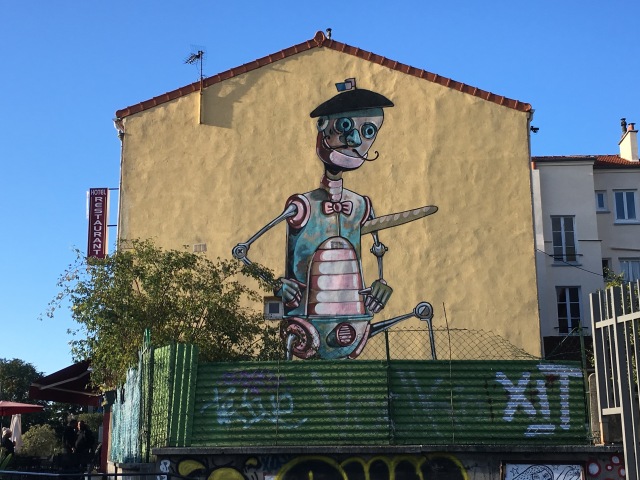 I once read about a man who woke up from a coma speaking fluently in a language he had barely been able to speak before. This phenomena has been documented on multiple occasions, and apart from the brain damage I’ve always been really jealous of those people. Well… as of two weeks ago I may have joined their ranks.

Just kidding. I’m sure there must be another explanation, but something strangely similar did seem to happen to me following my “intervention” at a hospital in Paris.

At the beginning of December I had a non-surgical procedure that had nothing to do with my head or brain. It lasted a little over an hour, during which I was under low-level anesthesia. When I came to, I found that even though I could barely keep my eyes open, I had no problem at all communicating with the nurses in French. On my intake forms it had made sense to state my language preference as English, but in practice French kept popping out of my mouth every time I opened it. In fact, I spoke better French while sedated than I had ever spoken before – much, much better.

At first I chalked it up to the painkillers in the IV. It is proven that alcohol consumption in small quantities can improve your language speaking abilities by lowering your inhibitions. I figured whatever they were giving me must be having the same effect. I also considered that, with a scary thing now behind instead of in front of me, all the energy reserves I had been spending on stress and worry over the past few months were now freed up to be used on my French.

But neither of those explanations felt right, or at least complete. First of all, I stopped taking painkillers after two days and instead of waning, my language abilities remained the same as they had been in the hospital. And, if I’m going to be honest, the scary procedure may be behind me but I still have a lot of uncertainty and anxiety to deal with; my brain-space has definitely not been cleared up for language learning.

So, I did wonder whether going under had somehow rewired my brain for the better – deeply marinated all my French or something. I did a very quick internet search for evidence for and against this explanation and found this really fascinating brief that referenced this even more fascinating article. I concluded that much as I would like to think that the anesthesia had an incredible effect upon my foreign language skills, it seems that that happens highly exceptionally and thus is highly unlikely in my case. So, I am starting to think that I just happened to have a huge French growth spurt that coincided almost exactly with the operation. I’ve written before about how the arc of progress in language learning never feels like a straight line or curve, but rather like an EKG reading or a lie detector test. Sometimes there’s incremental progress, but other times you wake up one day miraculously leaps and bounds ahead of where you were the night before.

When one of these growth spurt happens to me, it’s thrilling but scary. I’m always afraid the ability is going to suddenly disappear just as mysteriously as it came, and I get really tense about speaking until I do enough of it to assure myself the magical leap forward is here to stay.

Two weeks after my procedure, I’m still feeling good about my heightened French. In fact, I made a list of things I have done in French that have impressed me, not only over the past 14 days but over the past 2 years of living and working in French-speaking countries. Indulge me, if you will: