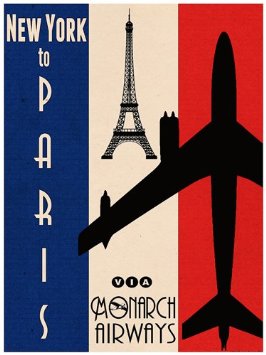 Yesterday, within the space of ten minutes, I checked my Delta balance, found my 50,000 miles had been deposited, and booked a 10-day trip to Paris. While I was going through those motions, the rational part of me kept saying to myself, “Maybe this is worth thinking through a little more?” But the part of me that knows how often I paralyze myself by overthinking made a “talk to the hand” gesture and continued on its way.

So now I’m heading to France in mid-January, rather inexplicably. Originally I was going to jet off for the weekend but then I realized that if I’m going somewhere I may never return to, and using valuable miles to get there, I should make the most of it. I decided to tack on an additional weekend to go anywhere in France that my heart desired. I thought about heading south to try to get some sun but that seemed like a fool’s errand. Even the Riviera won’t be able to deliver in January. So I decided to choose my destination based on whichever place has the best food, because really all I want to do is eat as many fatty dishes and patisserie treats as humanly possible, wander beautiful streets aimlessly, and speak a ton of French.

That’s how I concluded that I should go to Alsace, home of choucroute, which appears to be the best invention in the history of gastronomy. According to this handy Buzzfeed article on the 44 French foods you must try before you die, it also boasts the origin of raclette, pot au feu, coq au vin, and boeuf bourguignon. (And now my mouth is watering.) None of the other regions of France look nearly as gluttonous.

This is probably because Alsace also appears to be the coldest region of the country. They have to eat all that fat to prevent frostbite. It’s rather counterintuitive of me to have misgivings about heading to a cold city for vacation only to beeline from there to the very coldest part of the country it belongs to, but I have decided that if you’re going to do winter, you may as well do winter. And look how beautiful winter in Alsace looks!